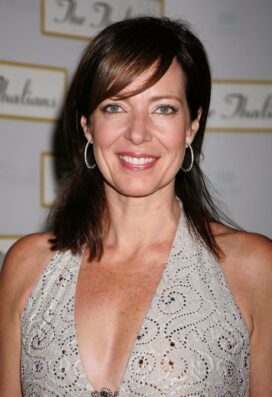 Allison Janney won an Oscar in 2018 for her supporting role in I, Tonya (2017), playing the bitter and determined mother of Tonya Harding (played by Margot Robbie).

A veteran of stage and screen, Allison Janney won three Emmy awards for her portrayal of press secretary C. J. Cregg on the television series The West Wing (1999-2006, starring Martin Sheen), and has since had a successful career in films and television.

An accomplished character actor, she has done voice work for TV and appeared on Broadway, earning a 1998 Tony nomination for her role in A View From the Bridge.

Early in her career, Janney appeared on the daytime drama The Guiding Light (1993-95)… She claims she is “five feet, twelve inches” tall.

Something in Common with Allison Janney