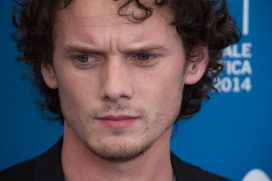 2016 report from The Guardian

Snuffed Out Too Soon

Vanity Fair looks back at his filmography

Career background and interview from 2012

Anton Yelchin was the actor who played Chekov in three Star Trek films before he was killed in a freak auto accident at the age of 27.

Born in Russia to figure skating parents, Yelchin was still an infant when his family moved to the United States. He began getting screen roles when he was a boy, and in his short career Yelchin appeared in more than three dozen films.

He had lead roles in the independent films Charlie Bartlett (2007, starring Robert Downey, Jr.) and Like Crazy (2011, with Felicity Jones), but most moviegoers knew Yelchin as Pavel Chekov, the Russian crewmate in the 2009 reboot of Star Trek, as well as the sequels, Star Trek Into Darkness (2013) and Star Trek Beyond (2016).

Yelchin was killed when his vehicle rolled back on him, pinning him against a pillar in his driveway.

Something in Common with Anton Yelchin