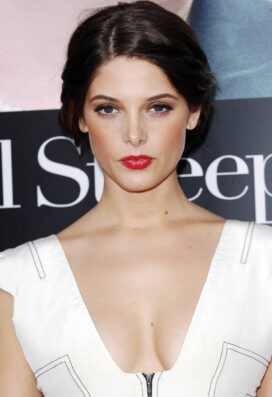 Ashley Green plays Alice Cullen, the bubbly and likable chum to Bella (Kristen Stewart) in the 2008 movie Twilight and its 2009 sequel New Moon. A wide-eyed brunette with a slender upturned nose, Greene left high school at age 17 and moved to Los Angeles to pursue an acting career. She had guest roles in the TV shows Crossing Jordan and Desire in 2007, and small roles in the films King of California (2007) and Otis (2008), before landing her role in Twilight, based on the super-best-selling teen vampire romance novel by Stephenie Meyer. Her character, Alice, is a cheerful sister to vampire Edward Cullen (played by Robert Pattinson), likes to shop, and can see the future into the bargain. Greene also was cast in Radio Free Albemuth, the 2009 film adaptation of the 1985 novel by Philip K. Dick.

Greene is 5’5″ tall, according to a 2008 interview she did with MTV. Her height has been a sore point with some Twilight fans, since the character of Alice is described in the book as being 4’10”.

Something in Common with Ashley Greene