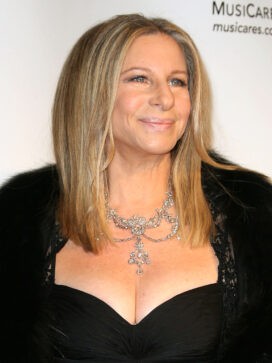 A multi-talented star of stage, screen, and music, Barbra Streisand is the top-selling female artist in American music recording history.

After her splashy debut on Broadway in 1962’s I Can Get It For You Wholesale, Barbra Streisand played entertainer Fanny Brice in the 1964 Broadway musical Funny Girl. The role called for a rare blend of charm, vocal range, comedy chops, and sex appeal, and Streisand’s success set the pattern for the decade that followed.

Her 1965 television special, My Name is Barbra, won five Emmy awards and made her a small-screen star. In 1968 she went herself one better, winning the best actress Oscar for William Wyler‘s film version of Funny Girl. She went on to do comedy and romance in a series of film hits, including Hello, Dolly! (1969), the slapstick classic What’s Up, Doc? (1972, directed by Peter Bogdanovich), the postwar romance The Way We Were (1973, with Robert Redford) and A Star Is Born (1976, with Kris Kristofferson — and with Streisand winning a second Oscar for the love theme “Evergreen”).

A legendary case of stage fright kept Streisand from performing publicly for the next two decades, but in those years she remained a top star in recording and movie studios.

While not making movies or singing, Streisand kicks up dust in the political arena as an outspoken Democrat. She has been a staunch supporter of Democratic presidential candidates including Bill Clinton and Barack Obama.

Something in Common with Barbra Streisand