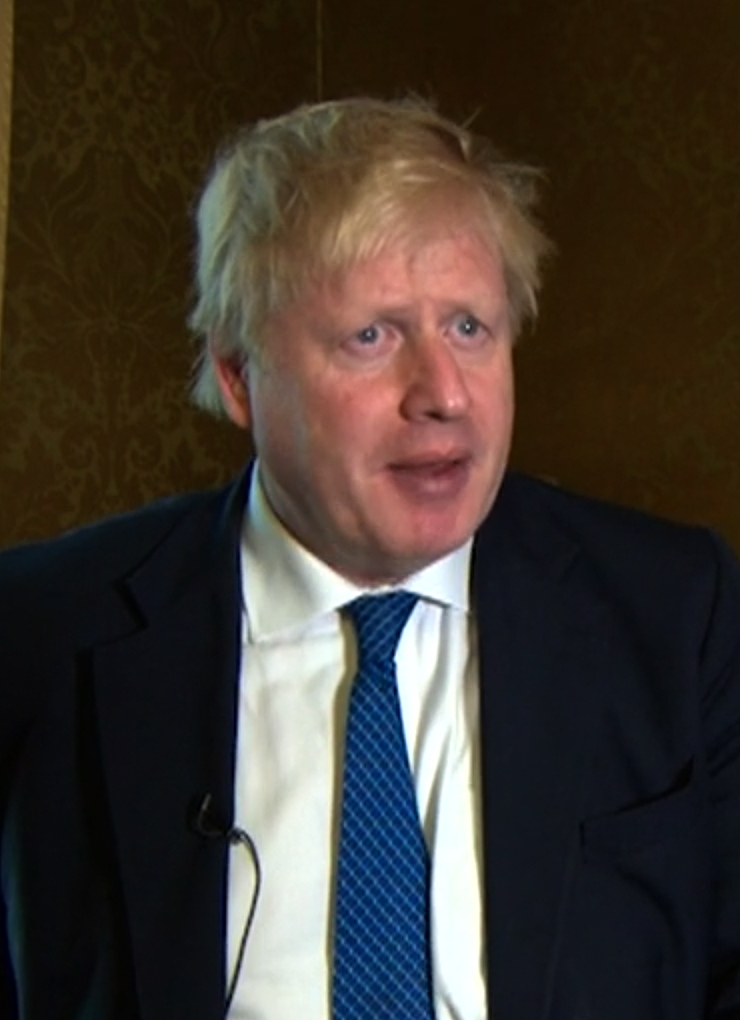 Boris Johnson became the Prime Minister of the United Kingdom on July 24, 2019, after the resignation of Theresa May. After a tumultuous three years in office, he was forced to announce his own resignation on July 7, 2022.

Born in New York City to British parents, Johnson was educated at boarding school in England and then at Eton College and Balliol College, Oxford. He began his career in the late 1980s as a journalist. During the 1990s, Johnson was a writer and editor for The Daily Telegraph. From 1994 until 2005, he was a columnist and then editor of the magazine The Spectator.

Johnson then turned from talking about politics to participating: he first ran for a seat in Parliament in 1997 and lost. Johnson then became a familiar face on television, known for his mussed white hair and irreverent bluster. He ran again in 2001, in Henley, and won.

Johnson served as a Member of Parliament from 2001, and was the mayor of London from 2008-2016; he was elected in 2008 and re-elected in 2012, despite a scandalous personal life that kept him in the gossip columns. (Johnson has had seven children by three women, including an out-of-wedlock child born in 2009 while he was both mayor and married to his first wife, Marina Wheeler.) As mayor, he presented himself as a sort of wild-haired everyman, who bicycled around town and was willing to look silly posing on a zipline to promote the 2012 London Olympics.

Johnson became a leading voice in the Conservative Party, and his political popularity soared in 2016 after he emerged as the loudest voice for the “Leave” campaign that led to a U.K. vote to exit the European Union (known as “Brexit”). Johnson’s populist style and loose relationship with the truth had echoes of another populist, Donald Trump, who was elected U.S. president the same year.

Johnson’s stance on breaking with the European Union put him in a position of leadership while a deal was being brokered, and Prime Minister May made Johnson the Foreign Secretary in July of 2016. He resigned two years later, apparently frustrated with Theresa May’s negotiations on the actual split.

When May resigned, Johnson emerged as her successor, taking office in July of 2019 with a pledge of a swift Brexit deal, regardless of obstacles. To some, this showed Johnson as the forceful, innovative leader he claimed to be; to others, Johnson was a bumptious interloper mucking up the process for his own personal ambitions. Elections in December of 2019 were a smashing win for his Conservative party, and Johnson looked set for a long run as PM.

But his time as prime minister was marked by Brexit troubles, Covid-19 problems, and a series of scandals — most notably, social gatherings held at the prime minister’s residence while the nation was being told to forego such events. The final straw was Johnson’s promotion of Chris Pincher, a man accused multiple times of sexual harassment, as deputy chief party whip in 2022. Even Johnson’s party members objected, and after several of Johnson’s cabinet members resigned in July of 2022, he agreed to step down.

He formally resigned as prime minister on September 6, 2022, and was succeeded as PM by new Conservative Party leader Liz Truss.

Boris Johnson married Allegra Mostyn-Owen in 1987. Their marriage ended (without children) in 1993; 12 days later, Johnson married the lawyer Marina Wheeler, who was eight months pregnant with their child. With Wheeler he had four children: Lara (born 1993), Milo (b. 1995), Cassia (b. 1997) and Theodore (b. 1999). Johnson and Wheeler were divorced in 2020. By then, Johnson was living with Carrie Symonds, a communications expert for the Conservative Party, in the prime minister’s traditional 10 Downing Street complex. Their affair, begun in 2018, led to their marriage (Johnson’s third) on May 29, 2021. Their first child, Wilfred, was born in 2020. Their second child, a daughter named Romy, was born in 2021. Johnson also has a daughter, Stephanie Macintyre (b. 2009), from his affair with arts consultant Helen Macintyre while he was married to Marina Wheeler… Along with being a politician and TV personality, Boris Johnson is the author of several books, including a novel (2004’s Seventy-two Virgins) and a biographical treatment of Winston Churchill (2014’s The Churchill Factor: How One Man Made History ).

Something in Common with Boris Johnson