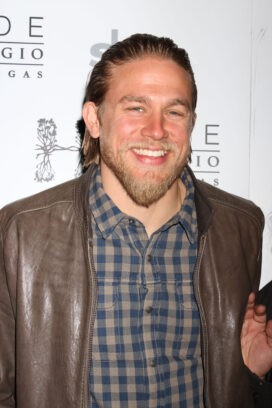 English actor Charlie Hunnam is best known for playing the leader of a California biker gang in the TV series Sons of Anarchy.

Hunnam began working in television when he was a teenager, and his breakthrough role came in 1999 with the series Queer as Folk.

Although he’s had roles in feature films — including the title role in 2002’s Nicholas Nickleby (based on the Charles Dickens novel) — he’s better known for his television work. After Queer as Folk, Dunnam starred in the short-lived series Young Americans (2000), then played ladykiller Lloyd in the Judd Apatow series Undeclared (2001-02).

Charlie Hunnam was selected in 2013 to star in the film version of the E.L. James novel 50 Shades of Grey, but it didn’t work out; he was replaced by Jamie Dornan.

Something in Common with Charlie Hunnam