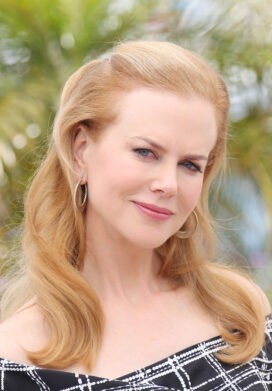 Nicole Kidman won the Academy Award as best actress for her portrayal of writer Virginia Woolf in the film The Hours (2002).

Nicole Kidman was born in Hawaii but grew up in Australia, where she began acting in her teens. She married screen heartthrob Tom Cruise after they met while filming the race-car soap opera Days of Thunder (1990), and they were one of Hollywood’s most talked-about couples throughout the 1990s.

Her films during that era included Gus Van Sant‘s To Die For (1995, based on the Pamela Smart case) and Stanley Kubrick‘s last film, Eyes Wide Shut (1999), in which she starred with Cruise. After a decade of marriage, Tom Cruise and Nicole Kidman divorced, but her career soared as she continued to star in both mainstream Hollywood films and smaller, independent features.

In 2001 she turned in an Oscar-nominated performance in Moulin Rouge and appeared in two other highly-acclaimed movies, Birthday Girl and The Others.

She was also Oscar-nominated for the 2010 parental psycho-drama Rabbit Hole and, in a supporting role, the 2016 film Lion (co-starring Dev Patel) and for her portrayal of Lucille Ball in the movie Being the Ricardos (2021, with Javier Bardem).

Nicole Kidman married country singer Keith Urban on 25 June 2006. Urban, like Kidman, grew up in Australia… Nicole Kidman gave birth to a daughter, Sunday Rose Kidman Urban, on 7 July 2008. The couple’s second daughter, Faith Margaret Kidman Urban, was born on 28 December 2010 to a surrogate mother. “Faith was born through a gestational carrier and is the biological daughter of Kidman and Urban,” People.com reported… Nicole Kidman and Tom Cruise adopted two children while they were married: Isabella (in 1993) and Connor (in 1995).

Something in Common with Nicole Kidman