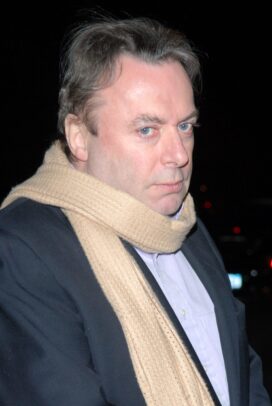 Christopher Hitchens was an English-American intellectual whose stock in trade was writing provocative essays that challenged the the philosophical underpinnings of the state and the (Christian) church.

Christopher Hitchens studied philosophy, politics and economics at Balliol College, Oxford, and graduated in 1970. He began his journalism career in London soon after, with the New Statesman, the Evening Standard and the Daily Express.

Hitchens lived in the United States after 1981, and had long relationships with The Nation, Vanity Fair, The Atlantic and Slate, where he built his credibility as a literary leftist. He made his career with erudite essays on foreign policy, as well as controversial swipes at high-profile personalities such as Henry Kissinger, Mother Teresa and Bill Clinton.

After two decades of international reporting and book reviews for solidly left-wing publications, Hitchens irritated many on the left in 2002 and 2003, when he supported U.S. President George W. Bush‘s overthrow of Iraq’s Saddam Hussein. In the post-9/11 world, Hitchens came out swinging against what he considered the left’s weak response to the event, and he uncharacteristically allied himself with the “neoconservatives” who vilified Islamic fundamentalists. His opinions only furthered his lifelong run as a contrarian and gadfly, but even his critics agree that his biting attacks were delivered eloquently.

In his last years he ramped up his international reputation as an atheist and religion hater, thanks in large part to his 2007 book, God Is Not Great: How Religion Poisons Everything. His other books include The Trial of Henry Kissinger (2001) and Why Orwell Matters (2002).

Christopher Hitchens’ memoir Hitch-22 was published in 2010, shortly before he was diagnosed with cancer of the esophagus. He died the next year while being treated at the M.D. Anderson Cancer Center in Houston, Texas.

Christopher Hitchens was married to Eleni Meleagrou, whom he met in Cyprus, from 1981 until their divorce in 1989. They had two children, Alexander (born 1984) and Sophia (born c. 1989)… In 1989, while Meleagrou was pregnant with Sophia, Hitchens met and fell in love with the writer Carol Blue. They married and remained married until his death. Hitchens and Blue had one daughter, Antonia (born c. 1994)… The British writer Peter Hitchens is the brother of Christopher Hitchens.

Something in Common with Christopher Hitchens