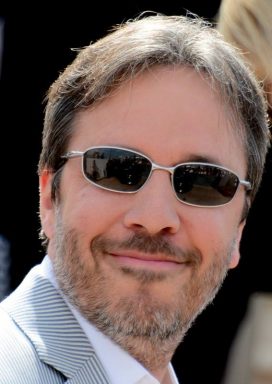 Denis Villenueve is the French-Canadian film director whose string of successes include the the drug war drama Sicario (2015), and the Oscar-nominated films Arrival (2016) and Dune (2012).

Villenueve had success in his filmmaking career almost from the start. He grew up in Quebec and studied at the Université du Québec à Montréal. He was only 30 when his early feature, August 32nd on Earth (1998), was screened at Cannes.

He reached larger audiences with the daring dramas Polytechnique (2009, based on a 1989 Montreal shooting massacre) and Incendies, (2010, about a Montreal mother hiding a mysterious and tragic past). The films won 9 and 8 Genie Awards, respectively, from the Academy of Canadian Cinema and Television, and Incendies was Oscar-nominated as best foreign language film.

From then on, Villenueve began working on bigger movies with bigger stars, from Prisoners (2013, with Hugh Jackman and Viola Davis) to the psycho-thriller Enemy (2013, with Jake Gyllenhaal) to Sicario (with Emily Blunt as an FBI agent caught in drug war confusion on the Mexican-American border).

Film reviewers have noted that Villenueve’s films often have strong female leads, and that trend reached a new height with the 2016 sci-fi epic Arrival. The film, with Amy Adams as an expert linguist struggling to communicate with aliens who visit Earth, was nominated for 8 Oscars — including best picture and best director for Villenueve.

After the success of Arrival, Villenueve took on a daunting challenge: directing Blade Runner 2049, the sequel to the 1982 sci-fi classic Blade Runner. The sequel, starring Harrison Ford and Ryan Gosling, was released in 2017 and won Oscars for cinematography and visual effects.

Villeneuve was an Oscar nominee as best director for Arrival, and Dune was nominated for best picture and best screenplay.