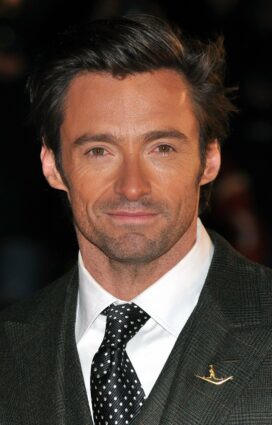 Handsome, warm, and versatile, Hugh Jackman became a favorite go-to guy for Hollywood and Broadway in the 2000s. He first starred in the 1995 Australian television drama Corelli and then got critical raves for his turn as the bitter brother Wace in Erskineville Kings (1999). Then he was cast as the grouchy, blade-fingered hero Wolverine in the big-budget movie X-Men (2000, also starring Ian McKellen). A stand-out in an ensemble cast, he got the hot-new-star treatment from the celebrity press and earned an international fan following. In 2003 he moved to Broadway in a big way, playing singer/songwriter Peter Allen in the play The Boy From Oz and winning the 2004 Tony Award as best actor in a musical. He has since appeared in Kate and Leopold (2001, with Meg Ryan), the X-Men sequels X2 (2003), The Last Stand (2006), X-Men Origins: Wolverine (2009), and X-Men: First Class (2011, a cameo). In 2006 he appeared in the Woody Allen film Scoop (2006, with Scarlett Johansson) and The Fountain (with Rachel Weisz), and did voice work for the animated comedy Flushed Away. His starring role in the big-budget flop Australia (2008, with Nicole Kidman) didn’t seem to hurt his appeal; in 2009 he hosted the Academy Awards broadcast. His other films include Real Steel (2011) and Les Misérables (2012, with Anne Hathaway).

Something in Common with Hugh Jackman