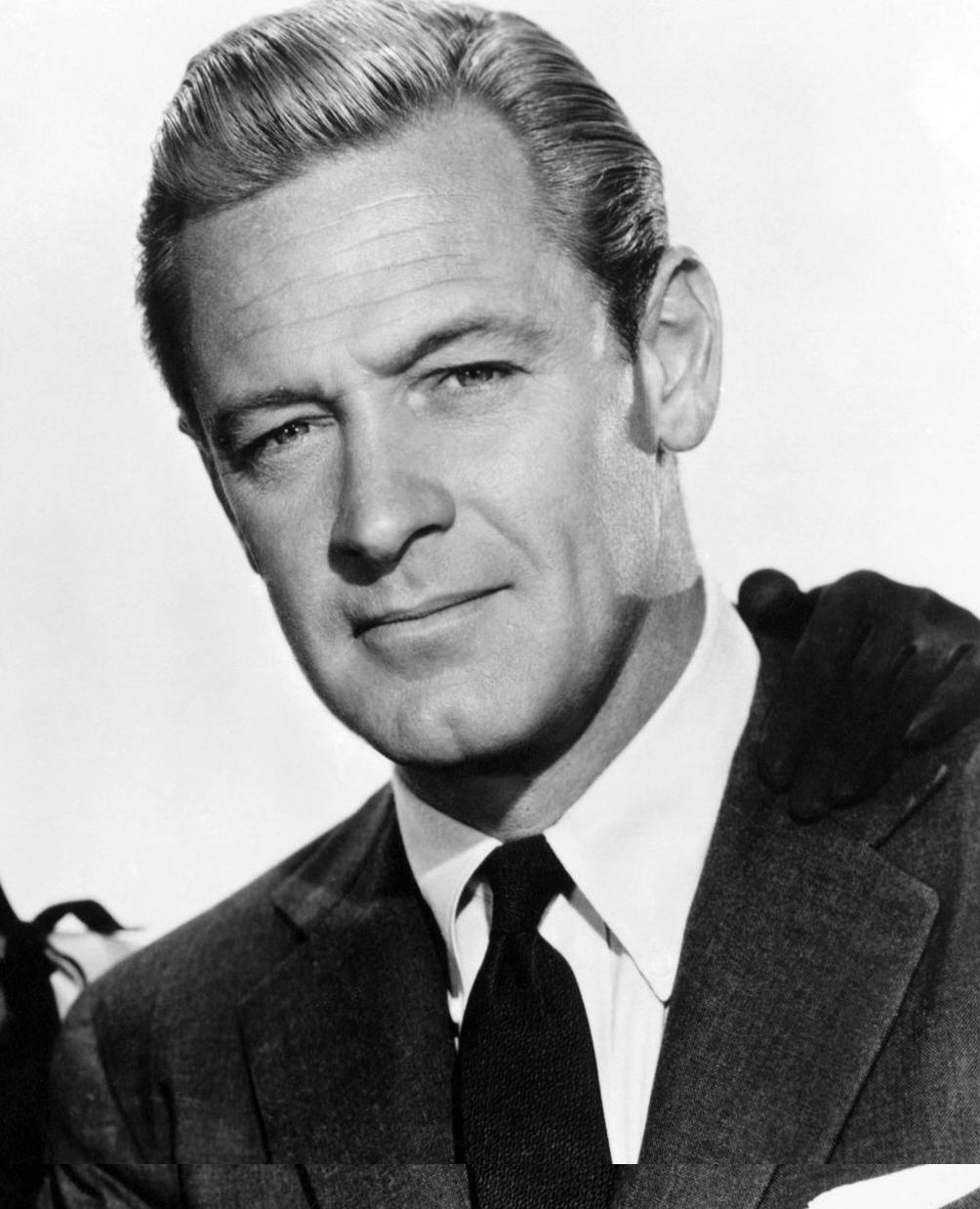 In 1954 alone, Holden starred with Humphrey Bogart and Audrey Hepburn in the romantic comedy Sabrina, with Grace Kelly and Bing Crosby in The Country Girl, and with Kelly and Mickey Rooney in The Bridges at Toko-Ri.

A steady star, Holden had a career resurgence in the 1970s, winning an Oscar nomination as best actor for Network (1976, co-starring Faye Dunaway).

William Holden died in 1981, when he was found deceased in his apartment. Having been drinking, he apparently fell, hit his head on a bedside table, and bled to death.

Holden enlisted in the U.S. Air Force during World War II… He won a best actor Academy Award for Stalag 17, directed by Billy Wilder; Holden was also nominated for Sunset Boulevard (also by Wilder) and Network… Holden was best man at the 1952 wedding of Ronald and Nancy Reagan… In the 1970s Holden had a long romantic relationship with the actress Stefanie Powers.

Something in Common with William Holden