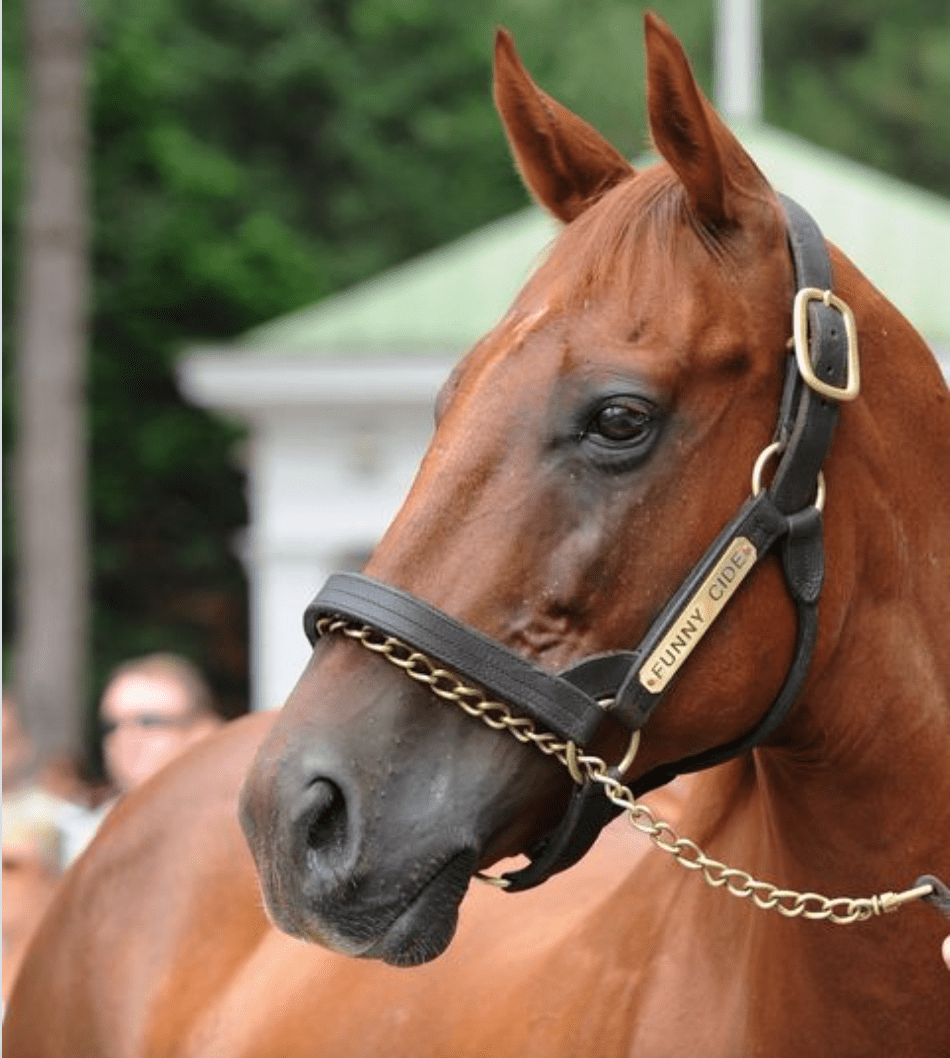 A chestnut gelding, Funny Cide won the first two legs of horse racing’s 2003 Triple Crown. Funny Cide was the first gelding to win the Kentucky Derby since Clyde Van Dusen did it in 1929, and the first New York-bred horse ever to win the race.

Funny Cide won the Kentucky Derby by nearly 2 lengths over the favorite, Empire Maker, in a time of 2:01.19, on May 3, 2003. Just two weeks later, on May 17, he won the Preakness Stakes by 9.75 lengths with a time of 1:55.61. The win set him up to run in the Belmont Stakes on June 7, in a heavily-publicized attempt to become the first horse since Affirmed (in 1978) to win the Triple Crown. Alas, Funny Cide finished third at the Belmont, being beaten by Empire Maker and Ten Most Wanted.

Funny Cide raced until he was 7, winning $3.5 million in his career. He then retired to Kentucky, where he makes occasional nostalgic public appearances.

The name Funny Cide is a play on the names of the horse’s sire and dam, Distorted Humor and Belle’s Good Cide… Funny Cide was gelded because he was a “ridgling,” born with one testicle undescended…. Funny Cide ran at 12-1 in the Kentucky Derby, paying $27.60 for a $2 bet… In the Preakness he ran at 2-1, paying $5.80 for a $2 bet… Funny Cide was owned by Sackatoga Stables, started by a small group of former high school buddies who pooled their money to buy race horses. In 2004 the owners, working with writer Sally Jenkins, published the book Funny Cide: How a Horse, a Trainer, a Jockey, and a Bunch of High School Buddies Took on the Sheiks and Bluebloods … and Won.

Something in Common with Funny Cide