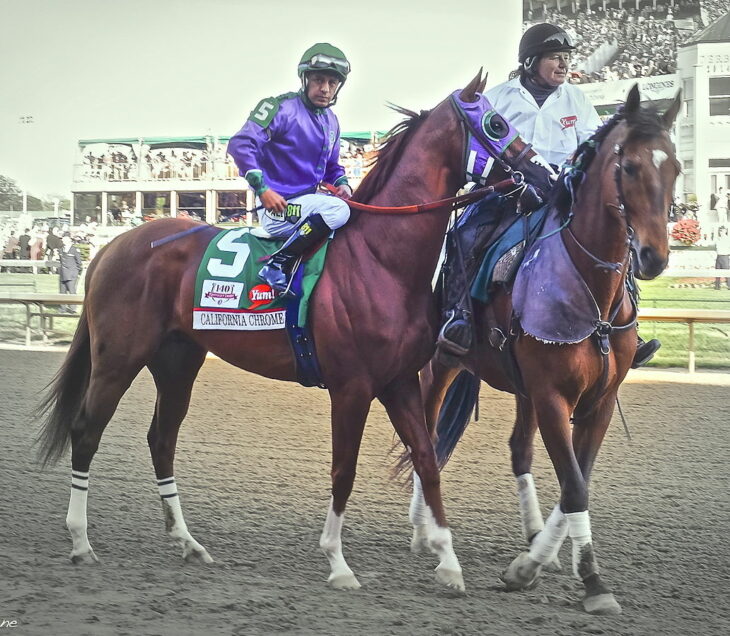 California Chrome, as you may know, is the horse who has won the 2014 Kentucky Derby and the 2014 Preakness Stakes. All that stands between him and the first Triple Crown since 1978 is the Belmont Stakes on Saturday, June 7th.

Here are a few of the curious facts about California Chrome:

The last horse to win the Triple Crown was Affirmed in 1978, and since then 12 other horses have won the Kentucky Derby and Preakness but failed to close the deal at the Belmont. They include big names like Funny Cide (2003), Smarty Jones (2004), Big Brown (2008) and I’ll Have Another (2012).  The Belmont is a longer race, 1 1/2 miles, and it is the third race in five weeks — a lot to ask of a racehorse. We’ll see if California Chrome is up to the challenge.