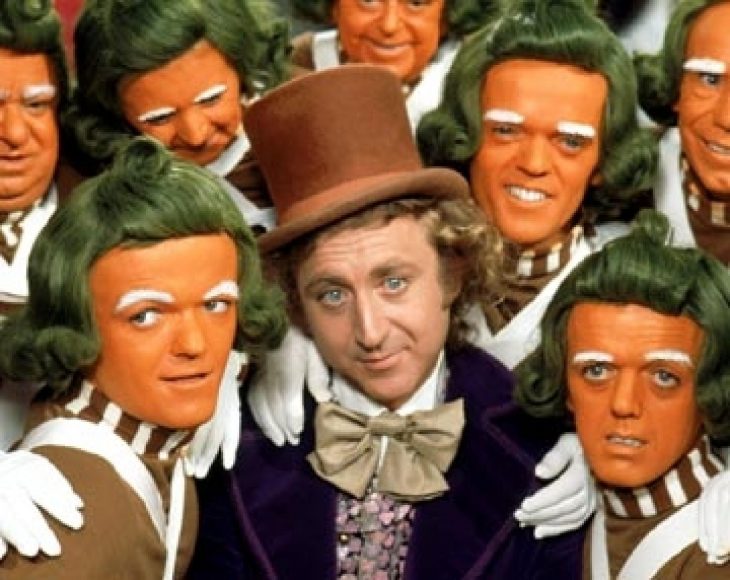 His 2016 obituary from Variety

Background on Gene from the University of Iowa

It Hurts to Laugh

Big list of all his film and TV roles, courtesy of the IMDB

Gene Wilder made his movie debut in 1967’s Bonnie and Clyde (with Warren Beatty), and is today best known as the eccentric title character in Willy Wonka And The Chocolate Factory (1971).

He earned an Oscar nomination for his second movie, The Producers (1968), his first collaboration with director Mel Brooks. During the 1970s, Wilder and Brooks made some of the most successful comedies of the era, including Young Frankenstein and Blazing Saddles.

Wilder then went on to co-star with Richard Pryor in four comedies, including the box office hits Silver Streak (1976) and Stir Crazy (1980).

Long a fan favorite for his work in Willy Wonka and Young Frankenstein, Wilder also wrote and directed several comedies, including Haunted Honeymoon (1986). In 1984 he married comedian Gilda Radner; she died of cancer in 1989. Wilder himself was treated for non-Hodgkin’s lymphoma in 1999. His 2005 autobiography was titled Kiss Me Like a Stranger: My Search for Love and Art.

Gene Wilder graduated from the University of Iowa with a degree in Communication and Theatre Arts in 1955… Some sources list Wilder’s year of birth as 1935. However, statements in his autobiography seem to confirm 1933 as the correct year.

Something in Common with Gene Wilder