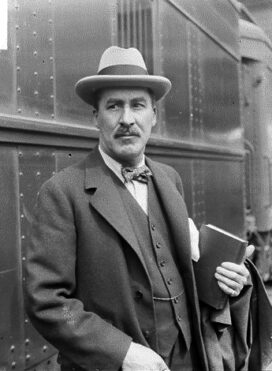 Excellent recap of his life and work, with links to related figures

Anatomy of an Excavation

Scholarly site with Carter's records, a Carter bio, and more

Howard Carter and the Curse of the Mummy

Howard Carter got his start as an artist, tracing Egyptian hieroglyphics for others, before becoming an archaeologist himself.

His search for the tomb of King Tut took nearly a decade, including a lengthy interruption during World War I, and was supported financially by George Herbert, the earl of Carnarvon. Carter discovered the tomb of Tut on 4 November 1922 and opened the tomb after Lord Carnarvon’s arrival at the site on the 26th of November.

Ironically, Tutankhamen had been practically unknown before the discovery, but news coverage of Howard Carter’s amazing find made “King Tut” a household name.

Lord Carnarvon died of pneumonia in 1923, reinforcing the legend of a curse placed on those who had disturbed Tut’s tomb. However, Howard Carter himself lived to the age of 64 before dying a natural death in England.

Something in Common with Howard Carter