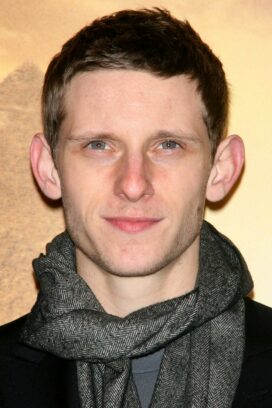 Screen actor Jamie Bell’s debut in Billy Elliot made him a star at the age of 15. By press accounts, Bell was very much like the title character in that movie, a schoolboy who had to hide his love of dance. Out of thousands of actors, he won the part, the movie was a hit and his career was off an running (he won the BAFTA Award for best actor). Since then, he’s often played a troubled soul in well-regarded films, including Nicholas Nickleby (2002), Flags of Our Fathers (2006, directed by Clint Eastwood), Defiance (2008, starring Daniel Craig), Jane Eyre (2011, starring Mia Wasikowska), Steven Spielberg‘s The Adventures of Tintin (2011) and Snowpiercer (2013). In 2015 he starred as Ben Grimm/The Hulk in the reboot of Marvel’s Fantastic Four (with Miles Teller and Kate Mara).

Jamie Bell was married to actress Evan Rachel Wood from 2012 until 2014, and they have one child.

Something in Common with Jamie Bell