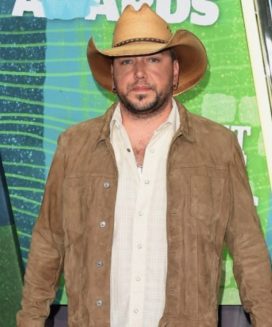 Country singer Jason Aldean has produced more than ten Top Ten hits since his 2005 debut, including “Dirt Road Anthem” and “Don’t You Wanna Stay” (a duet with Kelly Clarkson).

Jason Williams left home Georgia for Nashville, Tennessee in the late 1990s, hoping to break into the country music business. After several rocky years, he released his self-titled debut album in 2005.

Along with hit country records influenced by hard rock and hip-hop, Aldean has also produced a public persona of a simple American who likes to party — between bouts of lonesomeness and heartache.

His songs include “She’s Country,” “When She Says Baby,”  “Big Green Tractor,” “Laughed Until We Cried,” “Just Getting’ Started” and “Tonight Looks Good on You.”

Jason Aldean was performing at an outdoor venue in Las Vegas on October 2, 2017 when a sniper fired into the crowd, killing 59 people and wounding hundreds of others. Aldean was not injured.

Something in Common with Jason Aldean