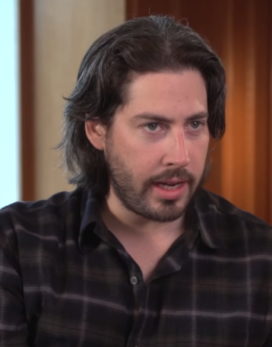 Jason Reitman is 45 years old
Born: October 19, 1977
Birthplace: Montreal, Quebec, Canada
Best known as: The director of Juno and Up in the Air
Buy from Amazon.com: Jason Reitman DVDs and streaming video

Jason Reitman is a Canadian-born, Hollywood-raised filmmaker who earned an Oscar nomination for directing the 2007 comedy Juno.

The younger Reitman naturally began making movies when he was a kid, and as a young man he made it to the Sundance Film Festival with short films in 1998 and 2000.

His first feature film was the satire Thank You for Smoking (2005, starring Aaron Eckhart), a critical and box office success.

Reitman’s film of Diablo Cody‘s Juno was another hit that made stars of Cody and lead actor Elliot Page.

He then wrote, produced and directed 2009’s Up in the Air, starring George Clooney and Vera Farmiga, and  was nominated for three Oscars, for writing, directing and producing.

Reitman was hailed as a director to watch out for, but then followed his rise with several tepid releases, including two more films with Diablo Cody (writer) and Charlize Theron (star): Young Adult (2011) and Tully (2018).

Reitman seemed to have bounced back in 2021 with a property once associated with his dad, directing Ghostbusters: Afterlife.

Something in Common with Jason Reitman