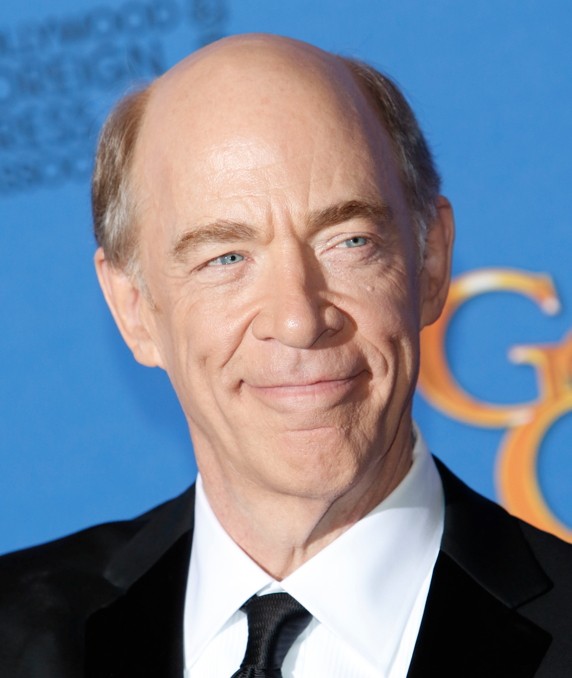 Character actor J.K. Simmons is best known for his television roles in Oz, Law & Order and The Closer, and for his role as J. Jonah Jameson in the Spider-Man movies.

Simmons was raised in Ohio, and spent his first year in college there until transferring to the University of Montana in Missoula. After graduating in music in 1978, Simmons caught the acting bug in regional theater.

He spent about fifteen years on the stage — including Broadway in the early 1990s — before making his career mark on TV. Simmons applied his blue-collar persona and gravelly voice to the role of a neo-nazi in the cable series Oz (1997-2003), while at the same time playing a psychiatrist in the various Law & Order incarnations (1997-2010).

By the 2000s, Simmons had earned a reputation as a versatile character actor, in movies such as The Gift (2000) and The Mexican (2001), as well as landing the role of Jameson, the crusty newspaper editor in Spider-Man (2002, directed by Sam Raimi).

Since then, he’s been a familiar face on television as a cast member (The Closer lasted from 2005 to 2012), a guest star, the voice of a yellow M&M and a spokesman for Farmer’s Insurance.

Simmons has twice been nominated for an Oscar — for Whiplash (2014, he won for best supporting actor) and for Being the Ricardos (2021, for his portrayal of actor William Frawley of I Love Lucy).

Something in Common with J.K. Simmons