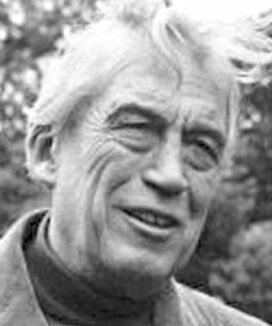 John Huston directed some of the most famous movies of the 20th century, including the Humphrey Bogart classics The Maltese Falcon (1941), Key Largo (1948), The Treasure of the Sierra Madre (1948) and The African Queen (1951).

A writer, painter, big-game hunter, actor, director and larger-than-life character off-screen, Huston was the son of actor Walter Huston and grew up around vaudeville until he was a teenager. As a young man, John was an amateur boxing champion and an officer in the Mexican cavalry before being hired on as a studio screenwriter in Hollywood in the early 1930s. Huston left the United States and drifted around Europe until 1937, when he returned to write scripts for Warner Brothers. He made his directorial debut with The Maltese Falcon (based on the Dashiell Hammett novel), which established him as a talented writer and director.

During World War II Huston filmed documentaries for the U.S. military, and after the war he directed a string of box office successes and films now considered classics, including The Asphalt Jungle (1950) and The Misfits (1951), the last film for both Clark Gable and Marilyn Monroe.

As an actor he had several memorable roles, from The Lawgiver in Battle for the Planet of the Apes (1973) to Faye Dunaway‘s wicked dad in Roman Polanski‘s Chinatown (1974). Known for tackling a variety of genres as a director, Huston’s films later in his career were hit-and-miss, from The Man Who Would Be King (1975) and The Dead (1987) to Victory (1981) and Annie! (1982).

Huston directed his father to an Oscar (Best Supporting Actor) in The Treasure of the Sierra Madre and he directed his daughter Anjelica to an Oscar (Best Supporting Actress) in 1985’s Prizzi’s Honor… His wartime documentary about the traumatic effects of combat, Let There Be Light, was confiscated by the U.S. Army in 1946 and not shown publicly until 1981… He is the father of actor Danny Huston (Children of Men and The Constant Gardener)…  On 25 September 1933 he ran over and killed a pedestrian in a traffic accident, but a grand jury returned no charges.

Something in Common with John Huston