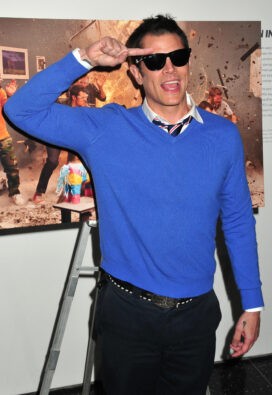 Johnny Knoxville is best known for Jackass, a series on MTV (2000-2003) and a franchise that led to more short films and features. He got his start in entertainment in the early 1990s, moving to Los Angeles and using his hometown as his surname. He got by doing TV commercials and writing for magazines, including Big Brother, for whom he made a video tape demonstrating self-defense tools on himself. Knoxville’s charisma and fearlessness in the performance of stupid stunts made him popular in independent videos and, with the help of pals like Bam Margera and Spike Jonze, landed a gig with MTV for Jackass. Knoxville ended the show after three seasons of popularity and occasional controversy (viewers kept getting hurt trying to duplicate the stupid stunts). Since then he’s managed to keep the Jackass brand alive while working on an acting career. His films as an actor include Men in Black II (2002, starring Will Smith), The Dukes of Hazzard (2005, with Jessica Simpson) and The Ringer (2005, co-starring Katherine Heigl).

Something in Common with Johnny Knoxville