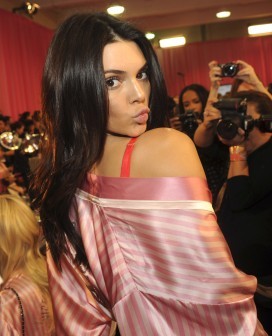 Kendall Jenner is a model whose fame first grew from being the younger sister of Kim Kardashian and her sisters Kourtney and Khloe. Kendall Jenner is the daughter of Kris Kardashian and Caitlyn Jenner, who as Bruce Jenner was an Olympic gold medalist and national hero in 1976. Kendall began appearing on television in 2007, popping up now and then as a member of the family as seen in Keeping Up With the Kardashians. It was a short hop from there for the 5’10” beauty to make her name as a model in the New York fashion scene. 2013 was a breakout year for her, both on the runway and on the covers of magazines like Harper’s Bazaar Arabia. The next few years were even better as Jenner moved up to magazines like Style and GQ and Paris Vogue, boosted her social media presence, hosted public events and did her part to build the Kardashian-Jenner socialite brand.

Kendall Jenner is 5’10” tall, according to a 2015 article in The Daily Mail and other sources.

Something in Common with Kendall Jenner