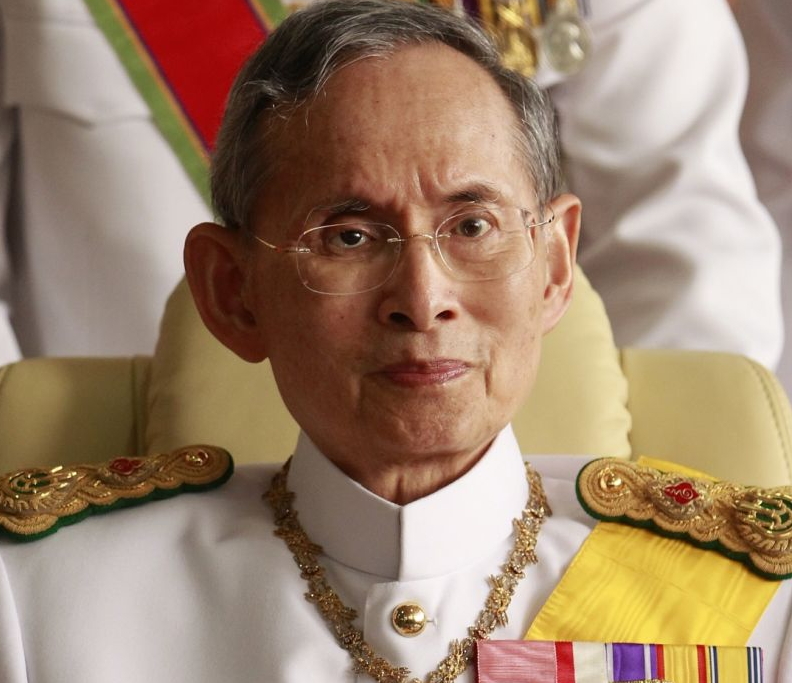 King Bhumibol Adulyadej (also known as Rama IX) was Thailand’s monarch and head of state from 1946 until his death in 2016.

Raised and educated in the United States and Switzerland, King Bhumibol was the youngest child of Prince Mahidol, a direct descendant of King Chulalongkorn (also known as Rama V). A long shot to take over the throne, Bhumibol became king after the unexpected 1946 death of his older brother, Ananda Mahidol, who had officially inherited the post in 1935.

Bhumibol was only 19 when he succeeded his brother, and his first few years were spent finishing his education abroad. By 1951 he was back in Thailand for good and married to Queen Sirikit. During his long reign he amassed a personal fortune and rose above topsy-turvy Thai politics to a point of near-absolute authority.

Highly revered by the public, he had a history of only intervening in politics when national stability was threatened. Otherwise he occupied himself touring the country and working on agricultural and medical reform, while also earning a reputation as a first-class jazz musician (mostly saxophone), as well as painter, photographer and sculptor.

At the time of his death, King Bhumibol was the world’s longest-reigning monarch and, reportedly, one of the richest. He was succeeded in 2016 by his son, King Vajiralongkorn.

King Bhumibol’s brother and predecessor as king, Ananda Mahidol, was found shot to death in his bed in 1946, with his own handgun nearby. Officially the death is simply ruled “mysterious.” Although there’s little that implicates Bhumibol in his brother’s death, the matter remained clouded for decades in part because insulting the dignity of the king can lead to criminal prosecution in Thailand… King Bhumibol and Queen Sirikit were married from 1950 until his death in 2016. They had three daughters: Ubolratana Rajakanya (born 1951), Maha Chakri Sirindhorn (b. 1955) and Chulabhorn Walailak (b. 1957). They also had one son, Maha Vajiralongkorn (b. 1952), who succeeded his father as king in 2016.

Something in Common with King Bhumibol Adulyadej