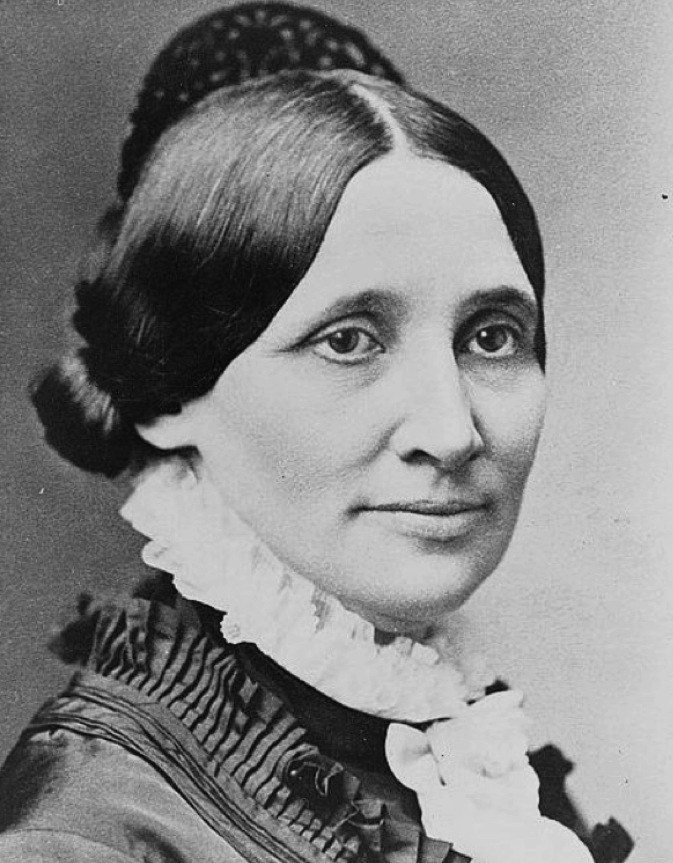 Her bio from the Ohio Historical Society

Brief bio and some photographs

Official bio from The White House

Her bio from a site on women's history

Lucy Ware Webb Hayes was married to President Rutherford B. Hayes and was First Lady of the United States from 1877 to 1881.

Lucy grew up in Ohio, graduated from Wesleyan Female College at the age of 18 and married Hayes, a lawyer, in 1852. During the Civil War she earned the nickname “Mother Lucy” from the troops serving under her husband in Ohio’s 23rd Volunteer Infantry.

A longtime opponent to slavery, Lucy Hayes was known for her commitment to social causes and is especially linked to the temperance movement — her husband’s ban of alcohol in the White House led the press to teasingly refer to her as “Lemonade Lucy.”

Her frugality and informality were in contrast to her immediate predecessor, Julia Grant, but Hayes was known to be popular across the country (she was the first First Lady to visit the western states while her husband was in office).

After her husband’s one term as president the couple retired to their home at Spiegel Grove, near Fremont, Ohio. Lucy suffered a stroke in 1852 and died a few days later.

The Hayes’s had eight children, five of whom lived to adulthood… Lucy Hayes began the tradition of the White House Easter Egg Roll for children (an event that had previously taken place at the capitol).

Something in Common with Lucy Hayes