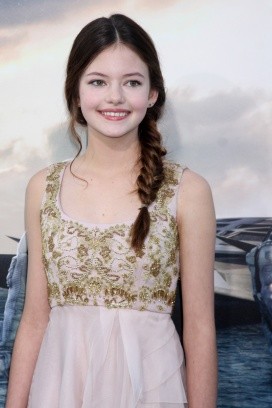 Young actress Mackenzie Foy is best known for her significant roles in the movies The Twilight Saga: Breaking Dawn (parts 1 and 2) and Christopher Nolan‘s Interstellar. She began her professional career in print ads before she was even of school age, and started getting television roles at the age of 9. Her big screen break came when she was cast as Renesmee “Nessie” Cullen, the supernaturally powerful offspring of Edward (Robert Pattinson) and Bella (Kristen Stewart); Foy appeared in Breaking Dawn (2011 and 2013). Foy’s television roles include ‘Til Death (2009), Hawaii Five-O (2010) and R.L. Stein’s The Haunting Hour (2012). Her film roles include Wish You Well (2013), James Wan‘s The Conjuring (2013) and, as a young version of Jessica Chastain, Interstellar (2014).

Something in Common with Mackenzie Foy