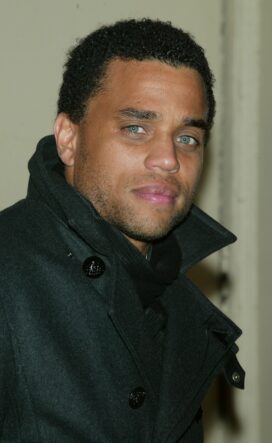 Michael Ealy is the dark-skinned, blue-eyed star of mostly television dramas, including Sleeper Cell, but moviegoers may know him better as Ricky Nash in the Ice Cube movie Barbershop (2002).

A native of Maryland, Ealy went to New York in 1996 to pursue an acting career.

An off-Broadway role and a part in the indie film Kissing Jessica Stein (2001) were his first career breaks, but it was Barbershop that got him national recognition.

Since then his more notable roles have been in 2 Fast 2 Furious (2003, starring Paul Walker), Never Die Alone (2004, with DMX) and the TV-movie version of Zora Neale Hurston‘s novel Their Eyes Were Watching God (2005, starring Halle Berry and produced by Oprah Winfrey).

In late 2005 Ealy made his debut as a television leading man in Sleeper Cell, a drama about a Muslim F.B.I. agent who infiltrates an organization of terrorists in Los Angeles. It brought him a Golden Globe nomination.

Since then he has worked steadily in television, with the occasional appearance in independently-produced feature films. Ealy’s TV work includes The Good Wife (2010-11) and Stumptown (2019-20).

Something in Common with Michael Ealy