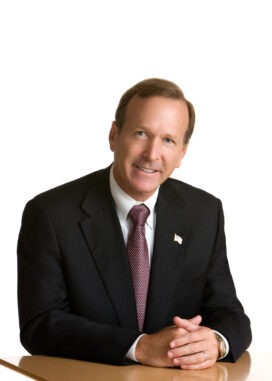 Neil Mallon Bush is the third son of George and Barbara Bush and the younger brother of former president George W. Bush. Neil Bush attended Tulane University, where he got a bachelor’s degree in International Economics and then an MBA from the university’s Freeman School of Business.  In spite of his training, Neil Bush is best known for his business failures — particularly the collapse of Colorado’s Silverado Savings and Loan, of which he was a director. The bank failed in 1988, costing the federal government $1 billion and becoming a much-publicized part of the savings and loan crisis of the late 1980s.  He has since been involved in a number of other business ventures, and in 2010 he became the founding chairman of TXOil, an international energy firm focused on exploration in former Soviet republics like Turkmenistan and Uzbekistan.

Neil Mallon Bush and his wife Sharon were married in July 1980 and were divorced in 2003. They have three children, including the model Lauren Bush… Neil Bush remarried in 2004, to the former Maria Andrews… Neil Mallon Bush is no relation to the popular evangelist Neil Bush.

Something in Common with Neil Mallon Bush