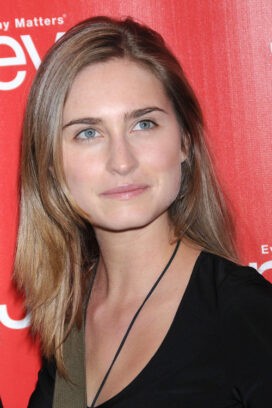 Model Lauren Bush is the niece of former U.S. president George W. Bush. (Her father is Bush’s younger brother Neil Mallon Bush.) Bush began modelling in her teens, becoming generally more popular in Europe than in the U.S. She has appeared in Town and Country and Vogue, among other fashion magazines, and in ads for Tommy Hilfiger clothing. She married David Lauren, the son of fashion designer Ralph Lauren, on 4 September 2011. Rather than become “Lauren Lauren,” she planned to take the name Lauren Bush-Lauren, she told Harper’s Bazaar magazine before the wedding.

Lauren Bush is the cousin of former “First Twins” Jenna and Barbara Bush and of Florida’s Noelle Bush… Her name is sometimes confused with that of her aunt Laura Bush… Her biography from the TeamFEED website says, “Lauren graduated from Princeton University in 2006 with a BA in Anthropology and a Certificate in Photography. She was born in the Rockies of Colorado, but grew up in Houston, Texas.”

Something in Common with Lauren Bush