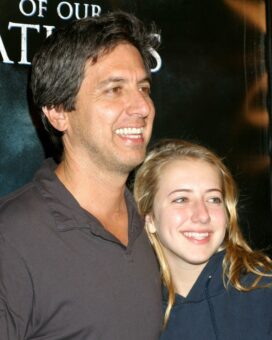 A dark-haired average Joe with a New York accent, Ray Romano starred in the CBS television sitcom Everybody Loves Raymond (1996-2005). After building a career on the stand-up comedy stage, Romano began appearing on television, doing his act for Johnny Carson, Jay Leno and David Letterman in the early 1990s. In 1996 Letterman and CBS signed him to develop a sitcom based loosely on his family life and the show became a ratings success. (Romano played Ray Barone, a Long Island sportswriter surrounded by oddball friends and relatives.) By the time Everybody Loves Raymond ended in 2005, Romano was earning $1.8 million per episode, making him at that time the highest-paid actor on TV. He has also starred in the political comedy feature Welcome to Mooseport (2004, with Gene Hackman) and the straight-to-DVD feature Grilled (2006, with Kevin James), and provided the voice of Manny the Mammoth in the animated film Ice Age (2002) and the sequel Ice Age 2: the Meltdown (2006).

Romano went to high school in Queens with Fran Drescher, star of the TV show The Nanny. He told a Time magazine interviewer in 1999, “We had like 600 kids in our graduating class, so I never met her”… During his run on Raymond, Romano also made crossover appearances as Ray Barone on the sitcom The King of Queens.

Something in Common with Ray Romano