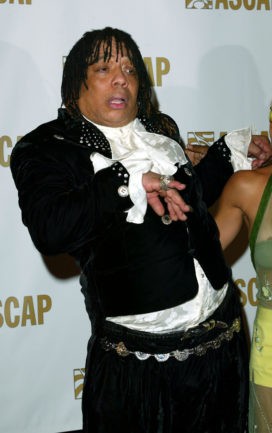 Rick James was a leading funk singer and songwriter of the 1980s. He remains best known for his song “Super Freak” — and for being convicted of kidnapping and sexual assault in the 1990s.

Rick James got his start as a bassist in various bands before going solo in the late 1970s; his 1978 solo debut Come Get It! included the hits “Mary Jane” and “You and I,” and made him a force in the world of dance club funk.

His signature hit came from his 1981 album Street Songs; “Super Freak” was nominated for a Grammy and remained a dependable party tune for years. (The rapper MC Hammer had a major 1990 hit with “U Can’t Touch This,” which featured Hammer rapping over the catchy bass line from “Super Freak.” James won a Grammy for it.)

James’s personal life was uproarious; he was arrested several times on drug charges and served nearly two years in California’s Folsom Prison (the same prison made famous in “Folsom Prison Blues” by Johnny Cash) from 1994-96.

James was found dead in his Los Angeles home by an assistant on August 6, 2004. Though an autopsy showed the presence of illegal drugs, the official cause of death was declared to be a heart attack.

James was briefly bandmates with Neil Young in a 1960s group called the Mynah Birds… James is a nephew of The Temptations member Melvin Franklin.

Something in Common with Rick James