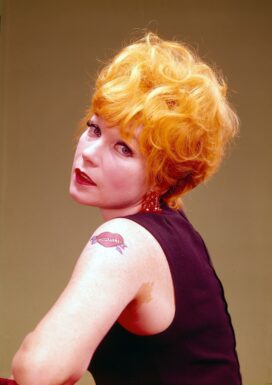 MacLaine got her start as a Broadway chorine in the 1950s, eventually moving to Hollywood to began a film career.

She was most active in the 1960s, with roles ranging from a charming Parisian prostitute in Irma la Douce (1963, with Jack Lemmon) to a faux-nun in Two Mules for Sister Sara (1969, with Clint Eastwood).

In the 1980s MacLaine became known for her faith in reincarnation, angels, the power of crystals and other unorthodox “New Age” beliefs. (As MacLaine has stated on her own website, “I believe that when we have shed a physical body, our spirit can re-visit the physical plane of existence.”)

In all she has been nominated five times for acting Academy Awards, for Some Came Running (1958), The Apartment (1960), Irma la Douce, The Turning Point (1977, with Anne Bancroft) and Terms of Endearment (her only win).

MacLaine was nominated for a best documentary Oscar as a producer and star of The Other Half of the Sky, her memoir of a trip to China… She is the older sister of actor Warren Beatty; their family name is spelled ‘Beaty’ with one ‘t’… MacLaine’s Oscar acceptance speech for Terms of Endearment ended with the famously cheerful declaration: “I deserve this!”… The 1996 sequel to Terms of Endearment was titled The Evening Star… Among her other films is the 1969 Bob Fosse film Sweet Charity, with MacLaine in the role that Fosse’s wife Gwen Verdon originated on Broadway… It’s true: MacLaine has suggested that in a past life she had a love affair with the emperor Charlemagne.

Something in Common with Shirley MacLaine