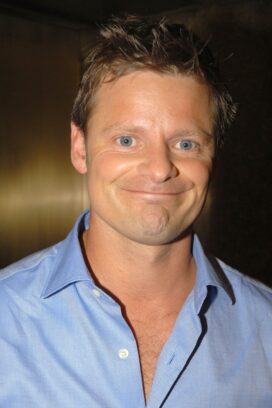 Steve Zahn is an American screen actor who has worked steadily in the movies and television since the 1990s, mostly making his mark as a harmless goofball in movies such as SubUrbia (1996) and Out of Sight (1998).

Raised in Minnesota and a graduate of Harvard’s drama school, Zahn got his first screen break as a sexually confused twenty-something in the Ben Stiller movie Reality Bites (1994).

Since then, Zahn has brightened big roles in small productions and small roles in big productions, from comedies such as That Thing You Do (1996) and Happy Texas (1999), to dramas such as Crimson Tide (1995, starring Denzel Washington), Joy Ride (2001) and Rescue Dawn (2006, starring Christian Bale).

For four seasons Zahn played a New Orleans musician on the cable series Treme (2010-13), and he co-starred in the 2013 film Dallas Buyer’s Club (starring Matthew McConaughey), all the while picking up less demanding work in productions such as Diary of a Wimpy Kid and its two sequels (2010-12).

Something in Common with Steve Zahn