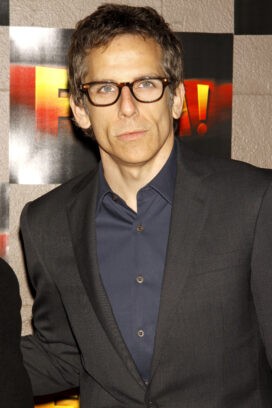 The son of the New York comedy team Anne Meara and Jerry Stiller, Ben Stiller went from making short comedy films in the early 1990s to starring in box office hits such as There’s Something About Mary (1998) and Meet the Parents (2000, opposite Robert DeNiro).

Stiller started out in the movies in a bit part in Steven Spielberg‘s Empire of the Sun (1988).

He had a short-lived stint on MTV in 1990, and in 1992 landed his own comedy sketch show on the Fox network. A critic’s favorite that helped launch the careers of Andy Dick and Janeane Garofalo, the show was nonetheless cancelled after 12 episodes.

Ben Stiller then directed Reality Bites (1994, with Winona Ryder), and its success led to directing Jim Carrey in The Cable Guy (1996).

Stiller has since become a staple of box office comedies, appearing in about four movies a year and popping up on TV on shows such as Arrested Development and The Simpsons.

Something in Common with Ben Stiller