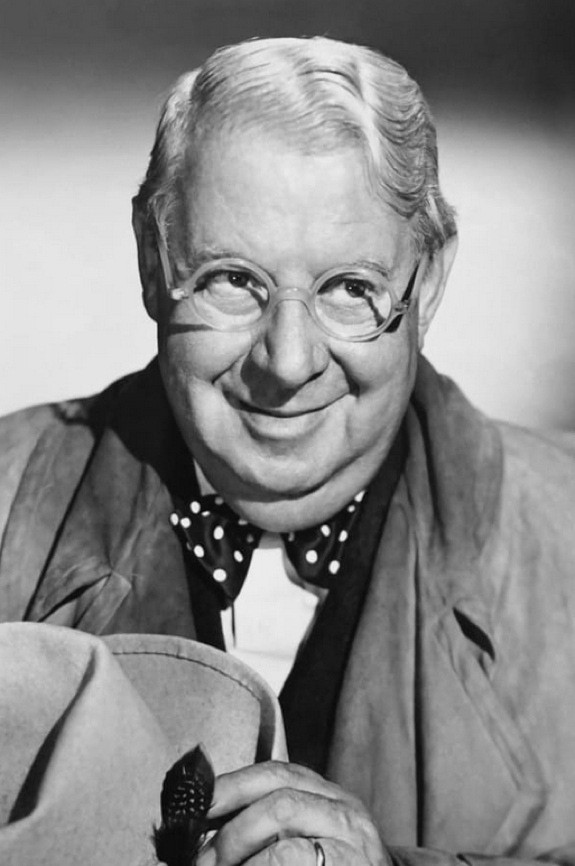 S.Z. “Cuddles” Sakall was the white-haired, cherubic actor best known as Carl, the headwaiter and bookkeeper for Humphrey Bogart in the 1942 film Casablanca.

S.Z. Sakall was born in Hungary and began writing and acting in vaudeville shows in Budapest in his teens, taking the stage name of Szöke Szakáll (or “blonde beard”).

As a young man he was a star in theater and the movies in Hungary, Germany and Vienna, but in 1939 (being Jewish) he escaped to America as World War II began.

In Hollywood he found his niche almost immediately, as a character actor who played lovable and befuddled types with names like Uncle Felix, Poppa Carl, and Prof. Rosenkrantz.

Sakall’s pinchable cheeks and impish accent earned him the nickname “Cuddles,” and he appeared in 41 Hollywood films from 1940 until his death in 1955.

In Casablanca he was comic relief, telling a suspicious patron that Rick’s Cafe was “as honest as the day is long,” and in Christmas in Connecticut (1945) he was the expert chef who assured Barbara Stanwyck that “everything is hunky-dunky.”

His 1954 memoir, with the humorous title of The Story of Cuddles: My Life Under the Emperor Francis Joseph, Adolf Hitler, and the Warner Brothers, was published just before his death.

S.Z. Sakall was not his real name. Some sources give his birth name as Gerö Jenö, but his application for U.S. citizenship gives his real name as “Jacob Gero (ka Szoke Szakall),” and he signed the form as “Jacob Gerö.” The form can be seen on the PBS site Cinema’s Exiles… Cuddles Sakall was 5’9″ tall, according to the same application.

Something in Common with S.Z. “Cuddles” Sakall