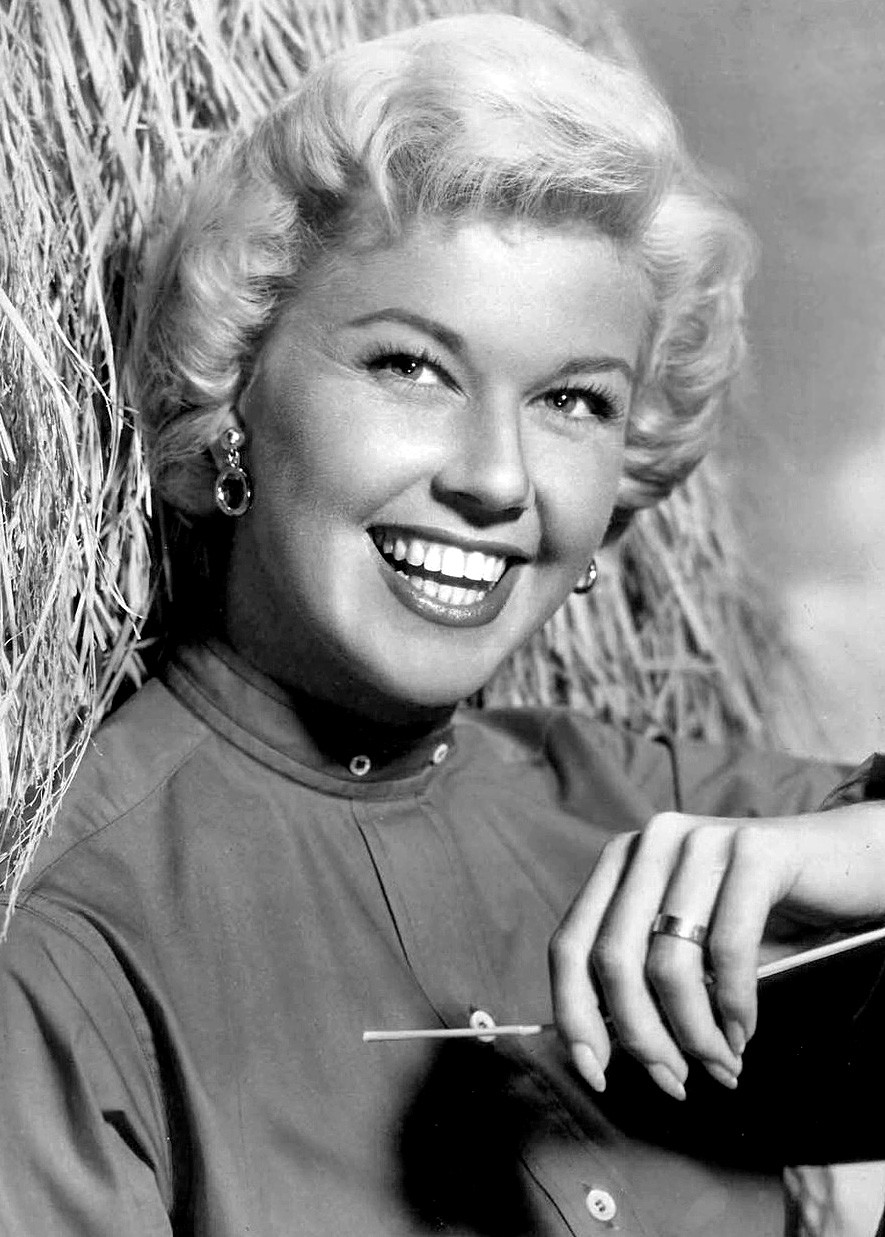 Doris Day was one of America’s biggest movie stars in the 1950s and 1960s, carrying the ball as a pretty, practical-minded leading lady opposite stars like Rock Hudson and Jimmy Stewart. She also had great success as a pop singer and a television hostess.

Doris Day started her career as a big band singer in the 1940s and hit it big with the million-selling 1945 single “Sentimental Journey.” In 1948, she began a movie career with a supporting role in the musical Romance on the High Seas (directed by Michael Curtiz). The same cheery girl-next-door demeanor that had made her a favorite of listeners made her a hit with moviegoers as well.

Day hit her stride in the 1950s with a series of chaste romantic comedies, including Pillow Talk (1959) with Rock Hudson. (The two re-teamed for Lover Come Back in 1961 and Send Me No Flowers in 1964.) Her singing career was just as hot as her acting career, and”Que Sera, Sera,” her hit from the 1956 Alfred Hitchcock movie The Man who Knew Too Much (with Stewart as her co-star), won an Oscar.

In later years, Doris Day turned her attention to political activism on behalf of animals. She founded the Doris Day Animal Foundation in 1978. She told her story to author A.E. Hotchner for the 1976 memoir Doris Day: Her Own Story.

Doris Day got her stage name from Cincinnati bandleader Barney Rapp, who told her that Kappelhoff would take up too much space on a theater marquee… Doris Day was married four times: to Al Jorden (from 1941 until their divorce in 1943); to musician George Weidler (from 1946 until their divorce in 1949); to film producer Martin Melcher (from 1951 until his death in 1968); and to restauranteur Barry Comden (from 1976 until their divorce in 1981). She had one son with Jordan, Terry (1942-2004), who was later adopted by Martin Melcher and grew up to be the record producer Terry Melcher… When Doris Day was widowed in 1968, she discovered that the fortune she had earned as one of Hollywood’s top stars had been misappropriated by Martin Melcher and by her lawyer, Jerome Rosenthal, leaving her nearly penniless. In 1974 she won a court case against Rosenthal; at first awarded over $22 million, she eventually settled for $6 million… Some sources list her birth year as 1924. We believe it to be 1922, based on the 2008 biography Doris Day: The Untold Story of the Girl Next Door by David Kaufman.

Something in Common with Doris Day