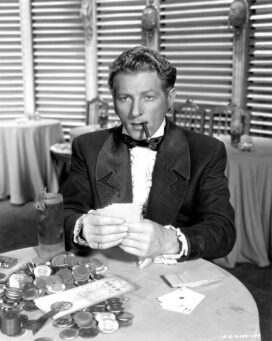 Walter Mitty appears in the short story The Secret Life of Walter Mitty, written by humorist James Thurber and published in The New Yorker in its issue of March 18, 1939.

In the tale, Walter Mitty is a meek and henpecked husband who daydreams of being a daring surgeon, heroic pilot and dashing naval commander. (“Throw on the power lights! Rev her up to 8500! We’re going through!”) Thurber’s story was a mere 2100 words long, but the character struck a chord and “Walter Mitty” became popular shorthand for any timid soul who dreams of a more dashing life.

The Secret Life of Walter Mitty was made into a 1947 film with Danny Kaye as Walter Mitty, although the story was significantly altered to make Mitty a book editor who gets tangled up in a World War II-era chase for hidden jewels. A new version of the film was released in 2013, also highly altered, with Ben Stiller as a nebbishy Life magazine photo editor who travels the globe in search of a lost negative.

A 21st-century feature film based on the story was rumored for years (with Jim Carrey, Mike Myers and others allegedly set to star as Mitty) before the film finally was made and released in 2013, with Ben Stiller in the role… It’s not true that the cartoon dog Snoopy was originally based on Mitty, but the official Peanuts website does call Snoopy “an extroverted beagle with a Walter Mitty complex.”