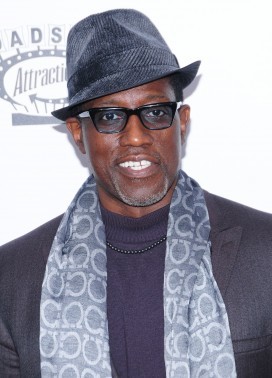 In the next few years he played both heroes and villains in a number of respectable action pictures, including the thrillers Passenger 57 (1992), Demolition Man (1993, as the quick-frozen tormentor of Sylvester Stallone), Boiling Point (1993, co-starring Viggo Mortensen) and Drop Zone (1994, with Gary Busey).

Snipes also took comic roles in White Men Can’t Jump (1992, with Woody Harrelson) and To Wong Foo, Thanks for Everything, Julie Newmar (1995, with Patrick Swayze), but his most successful turn has been as the half-man, half-vampire Blade, a vampire hunter inspired by the Marvel comics character of the same name.

Snipes was arrested in December of 2006 and accused of tax fraud by the United States Internal Revenue Service. He was convicted in 2008 of failing to file tax returns during the years 1999-2004, and sentenced to three years in jail.

He began serving his sentence in federal prison in December of 2010 and was released in April of 2013.

Since then he has appeared in The Expendables 3 (again with Sylvester Stallone) and the Spike Lee film Chi-Raq (2015).

Wesley Snipes had a small role as a bad guy in the Michael Jackson video for the song “Bad” (1987, directed by Martin Scorsese).

Something in Common with Wesley Snipes