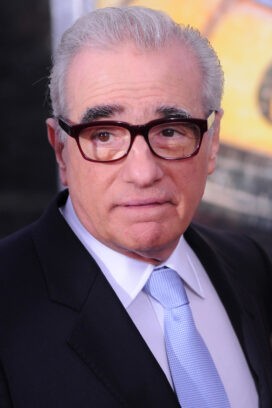 Martin Scorsese’s movies about mobsters, mean streets and the violence of modern life made him one of America’s most respected modern filmmakers.

Martin Scorsese studied film at New York University, and, like Francis Ford Coppola, got his start directing movies for producer Roger Corman. After directing Corman’s Boxcar Bertha (1972), Scorsese was able to make the more personal Mean Streets the next year. That movie launched the careers of actors Harvey Keitel and Robert DeNiro and earned critical raves for Scorsese himself.

He had further success with Alice Doesn’t Live Here Anymore (1974, starring Ellen Burstyn) and then Taxi Driver (1976, with DeNiro and Jodie Foster). Taxi Driver, with DeNiro as crazed assassin-wannabe Travis Bickle, became an iconic film of the 1970s and put DeNiro on the map for good.

Following in the distant footsteps of Coppola’s Godfather films, Scorsese has made a number of films exploring the rush and despair of organized crime, including Goodfellas (1990), Casino (1995, with Sharon Stone), Gangs of New York (2002, with Leonardo DiCaprio), the Boston undercover drama The Departed (2006, with Jack Nicholson and Matt Damon), and The Irishman (2019, with Al Pacino as Jimmy Hoffa). The Departed won the Academy Award as the best picture of 2006, with Scorsese also winning the Oscar as the year’s best director.

Martin Scorsese’s many other movies include Raging Bull (1980, with DeNiro as boxer Jake LaMotta), The Last Temptation of Christ (1988, starring Willem Dafoe as Jesus of Nazareth), The Color of Money (1986, with Paul Newman in a sequel to The Hustler), The Aviator (2004, with DiCaprio as Howard Hughes), the George Harrison documentary Living in the Material World (2011), and Scorsese’s sentimental homage to film history, Hugo (2011).

Something in Common with Martin Scorsese