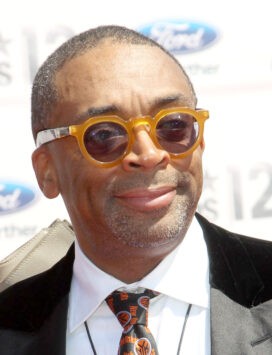 Spike Lee made a name for himself in 1986 with the hit independent film She’s Gotta Have It, a frank comedy about the many lovers of an independent Brooklyn woman.

The film established Spike Lee as a rising black filmmaker (something of a rarity at the time) and his skills and independence, along with his outspoken African-American perspective and feisty public persona, kept him in the public eye into the next century.

In his later films he continued to tell stories with racial themes and New York settings, including the Brooklyn drama Do the Right Thing (1989), the jazz-tinged Mo’ Better Blues (1990, with Denzel Washington and Wesley Snipes), the interracial romance Jungle Fever (1993, with Snipes and Anabella Sciorra), the biopic Malcolm X (1992, starring Washington and based in part on the book by Malcolm X and Alex Haley), Summer of Sam (1999, with John Leguizamo), and the controversial racial satire Bamboozled (2000, with Mos Def). Lee and Denzel Washington reunited for the mainstream heist thriller Inside Man in 2006.

Spike Lee has often appeared in his own films, and his own She’s Gotta Have It character Mars Blackmon, a sports-loving New York nebbish, has appeared in Nike athletic gear commercials.

Something in Common with Spike Lee