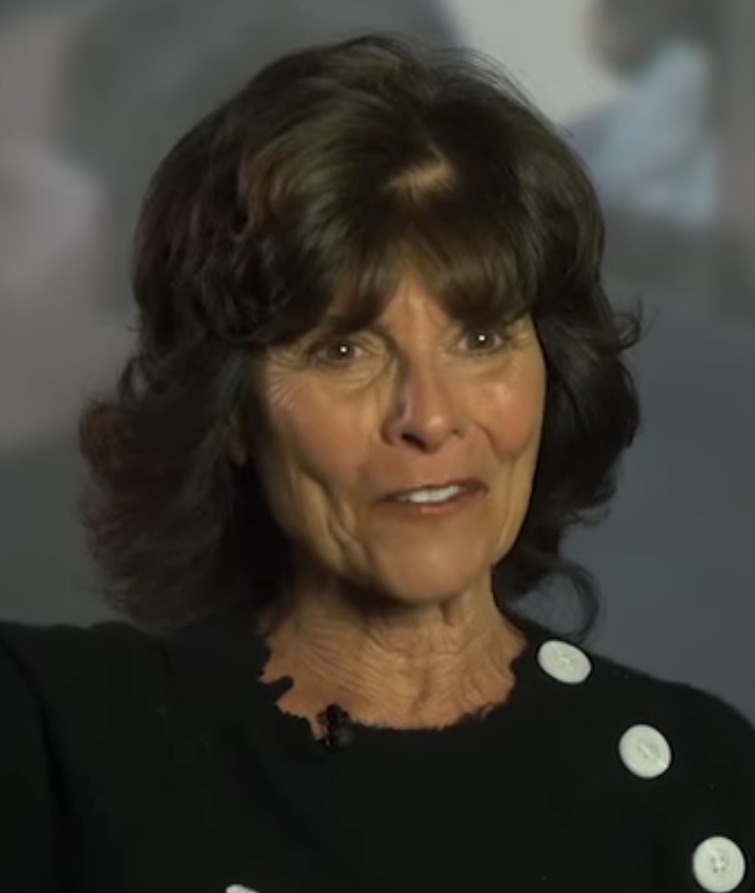 Adrienne Barbeau was the original Betty Rizzo in Grease on Broadway, and in the 1970s she co-starred on the TV series Maude (1972-76) as a divorced daughter who moves back in with her mother.

But it was her full-figured appearance in such films as The Fog (1980, with Janet Leigh), Swamp Thing (1982) and Burial of the Rats (1995) that gave Barbeau her a reputation as a modern B-movie queen.

In later years she became the voice of the animated Catwoman on television, appeared on Drew Carey‘s show in 2004 and co-starred in the HBO series Carnivale (2003-05).

She was also much in the news in 1997, when at age 51 she gave birth to twin boys William and Walker. She published the memoir There Are Worse Things I Could Do in 2006 and her first novel, Vampyres of Hollywood, in 2009.

Other B-movie specialists include Shannon Tweed and John Waters… Barbeau was married to director John Carpenter from 1979-84; she married writer-producer Billy Van Zandt in 1992.

Something in Common with Adrienne Barbeau