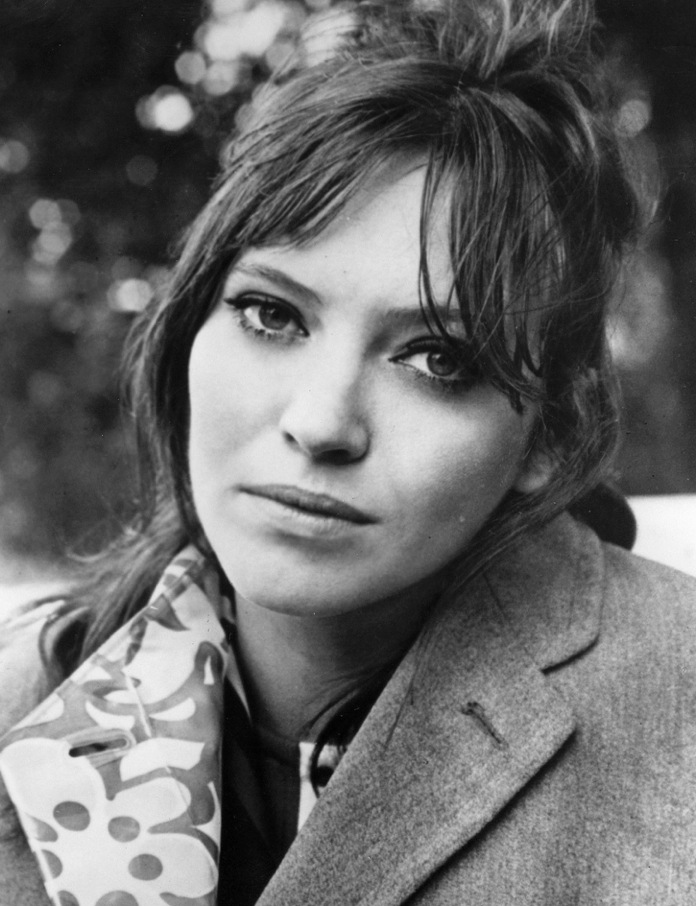 Danish screen actress and singer Anna Karina was known mostly for her French films, especially those directed by Jean-Luc Godard during their marriage (1961-65).

Raised in Copenhagen, Karina went to Paris when she was a teenager and found work as an advertising model. Goddard spotted her and cast her in 1960 in the film Le Petit Soldat (The Little Soldier).

That film was banned until 1963, but in the meantime Karina had been in other films and was soon a screen star in France with the beginnings of an international career.

In 1973, Karina wrote, produced, directed and starred in Vivre Ensemble (Living Together).

A brunette beauty with high cheekbones and a broad smile, Karina added European flair to Hollywood movies such as The Magus (1968, starring Anthony Quinn) and The Salzburg Connection (1972).

Karina’s other films include The Nun (1966), The Stranger (1967, based on the novel by Albert Camus) and Chinese Roulette (1976, directed by Rainer Werner Fassbinder).

Something in Common with Anna Karina