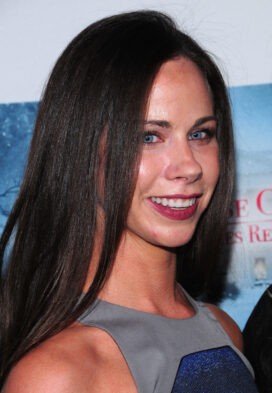 Barbara Bush is the older of the two twin daughters of former U.S. president George W. Bush and his wife Laura. She is named for her grandmother, the former First Lady, Barbara Pierce Bush.

Barbara Bush and her sister Jenna Bush are fraternal twins, born by Caesarian section in 1981; Barbara is older by one minute, and she is brunette while Jenna is blonde. Barbara enrolled at Yale University in 2000, the same year her father was elected president, and graduated with a Humanities degree in 2004.

As an adult she has lived primarily in New York City. Barbara is generally considered the more private of the twins, and the one more interested in arts and fashion; in 2006 she began a job at the Cooper-Hewitt National Design Museum in Manhattan.

In 2009, she became co-founder (with Jenna and others) of the public health non-profit organization Global Health Corps; the group’s stated purpose is to “develop a generation of leaders committed to realizing health as a human right.” She served as the organization’s CEO for its first nine years. In 2020, she completed a Master’s degree in Public Administration from Harvard’s Kennedy School of Government.

Barbara Bush married the actor and writer Craig Coyne in 2018. Their daughter, Cora Georgia Coyne, was born on September 27, 2021.

Something in Common with Barbara Bush