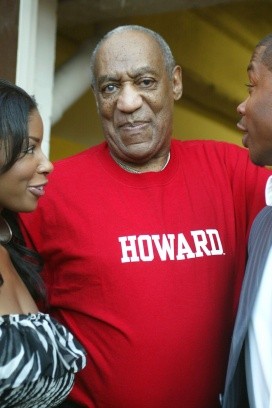 Good spot for the latest stories about Cosby and his conviction

Fine formal history and timeline of his career

Bill Cosby began as a stand-up comic, went on to become one of America’s most beloved television stars, and then saw his reputation and career disintegrate under the weight of dozens of sexual assault allegations from five decades. He was convicted in Pennsylvania on charges of sexual assault in 2018.

Bill Cosby began doing stand-up in the early 1960s while attending Temple University, and his comedy career was kick-started by a 1963 appearance on Johnny Carson‘s Tonight Show. His first comedy album was Bill Cosby Is a Very Funny Fellow… Right! in 1964, and Cosby won multiple Grammy Awards for comedy recordings throughout the 1960s. He was particularly known for routines about childhood friends like Fat Albert and Old Weird Harold (both of whom later appeared in the 1970s cartoon series Fat Albert and the Cosby Kids). Bill Cosby starred with Robert Culp in the spoofy TV series I Spy from 1965-68, winning three Emmy Awards and becoming one of the few African-American stars on primetime TV. Cosby appeared in many other TV shows (including the PBS educational show The Electric Company) and in movies including Uptown Saturday Night (1974, with Sidney Poitier) and Mother, Juggs and Speed (1976, with Raquel Welch).

From 1984-92, Bill Cosby dominated America’s primetime TV ratings with The Cosby Show, a family comedy in which he and Phylicia Rashad starred as Cliff and Claire Huxtable, and upscale New York couple raising their lovable and exasperating children. The show was a huge hit and, along with the 1986 book Fatherhood, re-established Bill Cosby as a leading comedian. From 1996-2000 he starred in a similar sitcom, Cosby, again with Rashad playing his wife. He is the author of many books, including the 1986 bestseller Fatherhood. He was given Kennedy Center Honors in 1998 and the Presidential Medal of Freedom in 2002.

Beginning in about 2014, however, Cosby faced a new surge of publicity around longstanding rumors of rape and other sexually inapproprite behavior. More than 40 women eventually came forward with stories stretching back to the 1960s that shared a common theme: Cosby had gained their trust, given them a drink or drugs that made them woozy or knocked them out, and then had sex with them without their consent or against their will. Cosby denied all allegations of sexual assault, but the sheer number and similarity of the allegations turned the public against him. Many groups cut ties with Cosby, including his alma mater Temple University; Spelman College, to which Cosby and his wife had donated $20 million in 1998, announced in July of 2015 that it would return the remainder of the money and discontinue its William and Camille Olivia Hanks Cosby Endowed Professorship.

On December 29, 2015, Bill Cosby was charged in Montgomery County, Pennsylvania with a felony charge of aggravated indecent assault. The charge was related to a 2004 incident with Andrea Constand, a woman he had met through Temple University, where she was Director of Operations for the women’s basketball team. Constand said that during a visit to Cosby’s home, he gave her pills and wine that rendered her unconscious, then assaulted her. In the frank words of the criminal complaint, “William Henry Cosby did penetrate the genitals of a the complainant with a part of his body after Cosby substantially impaired the complainant’s power to appraise or control her conduct by administering drugs, intoxicants or other means for the purpose of preventing resistance.” It marked the first time Bill Cosby had officially been charged with a crime.

Cosby was tried, but the first trial ended in a deadlocked jury in 2017. Cosby was convicted in 2018 on three counts of aggravated indecent assault, stemming from the 2004 incident with Adrea Constant. At the age of 81, Bill Cosby was designated a “sexually violent predator” by the court and sentenced to a minimum of three years in prison (with a maximum sentence of ten years).

Bill Cosby married the former Camille Hanks on 25 January 1964. They had four daughters and a son together: Erika (born 1965), Erinn (b. 1966), Ennis (b. 1969), Ensa (b. 1973), and Evin (b. 1976). Bill and Camille Cosby celebrated their 50th wedding anniversary in 2014 and she continued to support him during the allegations of rape that resurfaced against him that year… Their son Ennis Cosby was shot to death in January 1997 in a botched robbery after he stopped to change a tire just off a Los Angeles freeway. A Ukrainian immigrant named Mikhail Markhasev was convicted of the crime… Bill Cosby has a bachelor’s degree from Temple University (1971), and a master’s degree (1972) and Ed.D. (1976) from the University of Massachusetts… In 1997 a woman named Autumn Jackson was arrested after trying to extort $40 million from Bill Cosby, claiming to be his illegitimate daughter. Cosby admitted to an affair with Jackson’s mother but denied fathering Jackson. She was convicted of extortion and sentenced to 26 months in jail… Bill Cosby’s 1987 movie Leonard, Part 6 is regarded as a famous Hollywood flop… Bill Cosby was a longtime pitchman for Jell-O pudding.

Something in Common with Bill Cosby