Comedian Bill Cosby was made an honorary chief petty officer by the U.S. Navy this week. 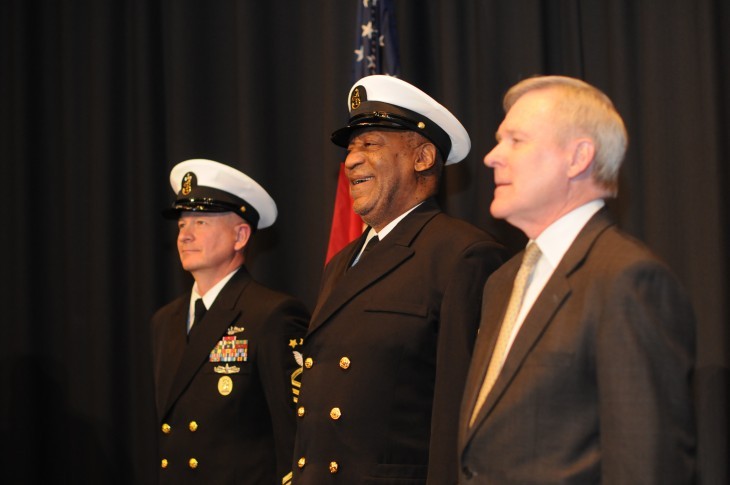 Cosby was in the Navy from 1956-60, working as a hospital corpsman and reaching the rank of petty officer third class by the time of his discharge. Three years later he was telling jokes to Johnny Carson on The Tonight Show.

Now he’s an honorary “chief.”  He got off some good one-liners at the ceremony after they gave him his anchors.