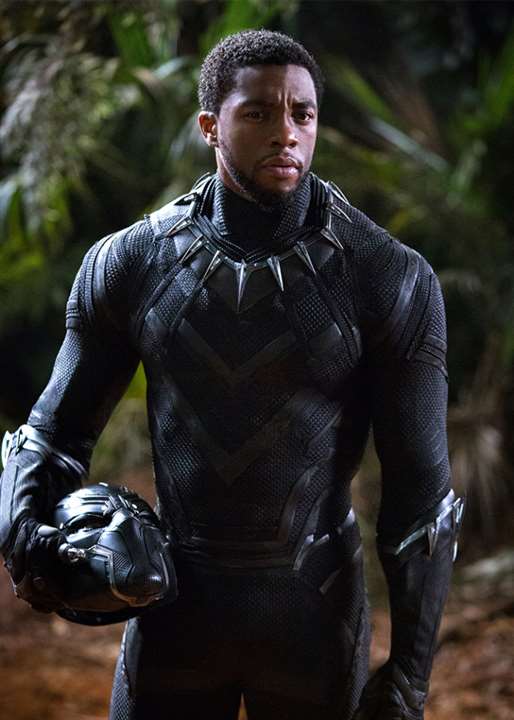 Chadwick Boseman graduated in 2000 from Howard University in Washington, D.C., where he studied theater arts with a mind to become a writer, director and producer. After college, Boseman moved to New York and focused mainly on his writing career. For the next decade, he had occasional acting jobs, appearing in small roles in television shows, including a recurring role in the series Lincoln Heights (2008-09).

In 2013 he got his breakout role: as baseball legend Jackie Robinson in the biopic 42. That success shifted Boseman’s focus to acting, and in the next few years he had a series of high-profile roles. He played rock ‘n roll great James Brown in Get On Up (2014) as then young Thurgood Marshall, future Supreme Court justice, in Marshall (2017).

He made his debut in the Marvel “universe” as Black Panther (a.k.a. T’Challa) in the 2016 action hit Captain America: Civil War. Two years later he starred in the film centered on the character, Black Panther. The film was a smash hit, grossing over $1.3 billion worldwide, and Boseman became a major star.

His sudden death in 2020 stunned fans. His family released a statement saying, in part, “Chadwick was diagnosed with stage III colon cancer in 2016, and battled with it these last 4 years as it progressed to stage IV. A true fighter, Chadwick persevered through it all, and brought you many of the films you have come to love so much.”

Chadwick Boseman “died in his home, with his wife and family by his side,” according to his family’s announcement of his death. Boseman was not previously known to be married. The reference was presumably to singer Taylor Simone Ledward, whom Boseman had been dating since at least 2015. She was spotted in 2019 with what looked like an engagement ring on her left ring finger, leading to speculation at the time that the couple had become engaged. At the time of Boseman’s death, other than the reference to “his wife,” the family did not confirm either an engagement or a marriage between Boseman and Ledward.

Something in Common with Chadwick Boseman