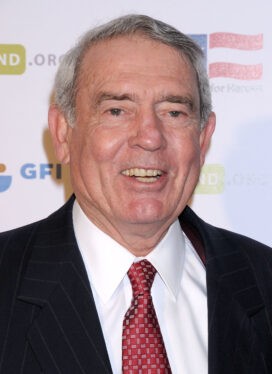 See photos of Dan Rather

Facts about Dan Rather

Dan Rather replaced the venerable Walter Cronkite as the anchor for The CBS Evening News in 1981. Rather also served as reporter and host for prime-time news programs such as 48 Hours and 60 Minutes I (with Mike Wallace), making him one of American television’s most prominent journalists for five decades. He started as a reporter for the Associated Press and for United Press International in the 1950s. After a brief stint at a Texas television station, Rather began working as a reporter for CBS News in 1962. He covered the assassination of President John F. Kennedy and wars in Vietnam, Afghanistan, Kuwait and Iraq. Rather has been in the news himself more than once, including during a strange 1986 incident in which a man attacked him in Manhattan while shouting “Kenneth, what is the frequency?” He has written several books, including The Camera Never Blinks (1977) and The American Dream: Stories From the Heart of Our Nation (2001). Known for his determination, emotion, and folksy metaphors, Rather also became a lightning rod for criticism by conservatives, who charged that he was politically biased in his reporting. Rather stepped down as anchor of the CBS Evening News on 9 March 2005, 24 years to the day after he took over for Cronkite. By the end of 2006 he was a reporter and anchor on television again, hosting Dan Rather Reports for the cable network HDNet.

Rather was teamed with Connie Chung as co-anchor on CBS for a brief time (1994-95)… In 1990 and again in 2003 Rather interviewed Saddam Hussein as the United States prepared to attack Iraq… The 1994 song “What’s the Frequency, Kenneth?” by the rock band R.E.M. refers to the 1986 assault on Rather… In September of 1986, Rather spent several days signing off his newscast with the word “Courage.” He was ridiculed for it at the time, but brought the word back at the end of his final broadcast in 2005… Bob Schieffer followed Rather as the temporary anchor of The CBS EVening News; CBS News announced in 2006 that Katie Couric would follow Schieffer and replace Rather as the permanent anchor.

Something in Common with Dan Rather