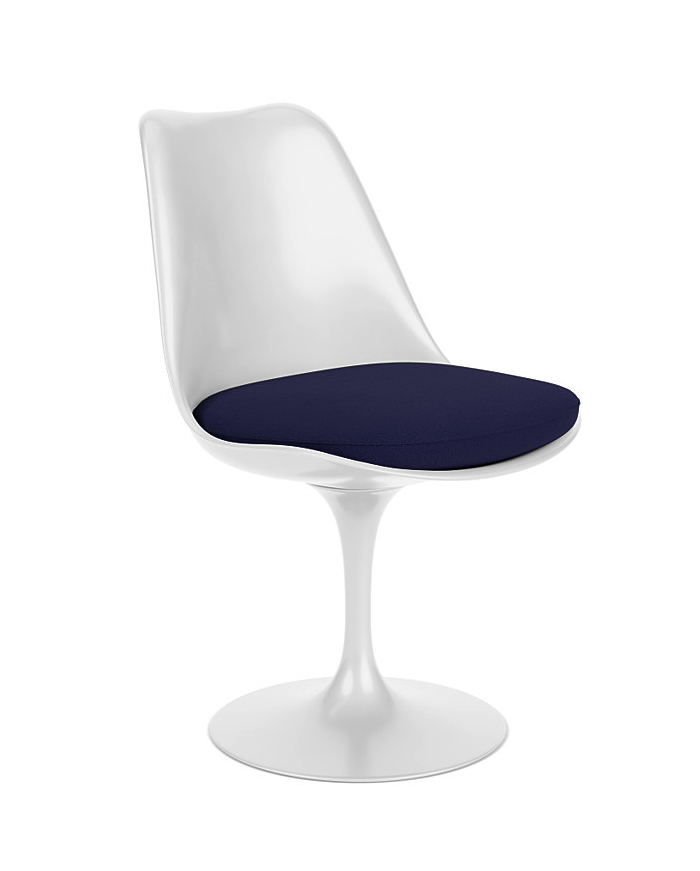 Finnish-American architect Eero Saarinen was an innovative designer known for what are now mid-20th century landmarks, including the Gateway Arch in St. Louis and the Trans-World Airlines Terminal at New York’s John F. Kennedy International Airport.

Born in Finland, Saarinen immigrated to the U.S. with his family when he was 13.

He was the son of architect Eliel Saarinen and textile artist Loja Gesellius, and began with architecture and art at an early age, working on minor designs for the girls’ school in the Cranbrook Educational Community of Bloomsfield, Michigan. (Eliel had designed the campus, and Loja had designed interior textiles.)

After studying in Paris and at Yale (1934), Eero began working as an architect and joined his father’s firm in 1938.

He achieved early success and had a productive decade that included a prize-winning chair (the 1950s “tulip chair,” designed with Charles Eames) and a competition-winning design for the Gateway Arch (1948).

His most famous structures include the General Motors Technical Center in Warren, Michigan, the Miller House in Columbus, Indiana, the U.S. Embassy in London and the Kresge Auditorium of the Massachusetts Institute of Technology (MIT).

Saarinen died of a brain tumor at the age of 51, and many of his designs were left uncompleted.

Eero Saarinen and his father, Eliel, shared a birthday… Saarinen was interviewed in 1953 by art critic Aline Bernstein Louchheim and by the end of that year he had left his family (wife Lillian Swann and children Eric and Susan Saarinen). Saarinen divorced his wife in 1954 and married Aline, and they had a son, Eames Saarinen.