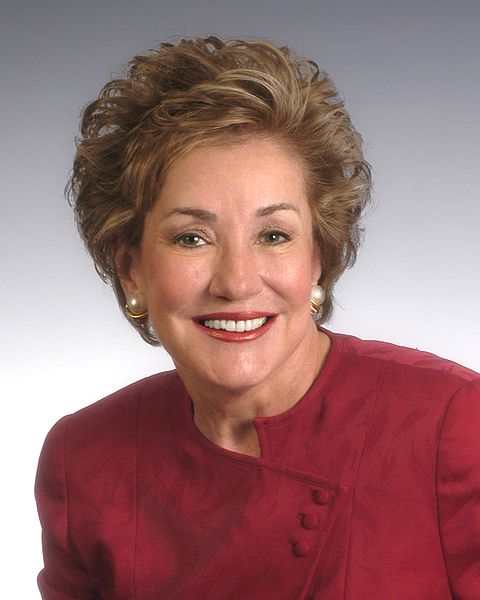 Elizabeth Dole is a former Republican senator from North Carolina, former Secretary of Transportation, and former candidate for president in 2000. She is also the wife of former U.S. Senator Bob Dole.

Elizabeth Dole graduated from Duke University in 1958, then went on to earn a degree from Harvard Law School in 1965. She started her political career with a job in Lyndon Johnson‘s department of Health, Education and Welfare. She became the first female Secretary of Transportation in 1983 under Ronald Reagan; in 1989, George Bush (the elder) made her Secretary of Labor. She left that job in 1991 to become head of the American Red Cross, a job she held until 1998.

Elizabeth Dole formed an exploratory committee to run for the presidency in 2000, but withdrew from the race on October 20, 1999. (The election was later won by Bush’s son, George W. Bush.) She won the U.S. Senate seat of retiring North Carolina senator Jesse Helms in 2002, and held the seat for one term before being defeated by Democrat Kay Hagen in the elections of 2008. After leaving the Senate she created the Elizabeth Dole Foundation, which helps support the families and caregivers of military veterans.

Elizabeth Dole has, since 1975, been married to Bob Dole, the former senator from Kansas and GOP presidential candidate in 1996. She and Dole have no children… Her childhood nickname is “Liddy,” though she reportedly dislikes having it used in public.

Something in Common with Elizabeth Dole