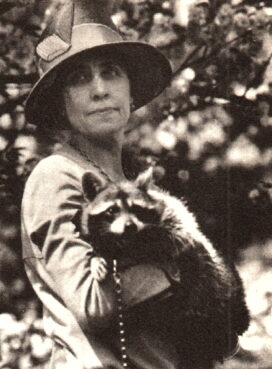 Grace Coolidge was married to United States president Calvin Coolidge and presided as First Lady from 1923 until 1929.

Grace was a graduate of the University of Vermont (1902) and taught at the Clarke School for the Deaf in Northampton, Massachusetts before she married Calvin (1905).

While Calvin was lawyering in Northampton and then politicking in Boston, she was hostess and mother to their two sons.

Uninvolved in politics, she worked on behalf of the hearing-impaired and executed her duties as the first lady with a lively personality that stood in contrast to her famously taciturn husband, “Silent Cal.” She was known as good-natured and charming, despite the tragedy of their youngest son’s death in 1924.

Widowed just four years out of the White House, she spent her retirement helping charitable organizations and indulging her passion for baseball.

Something in Common with Grace Coolidge