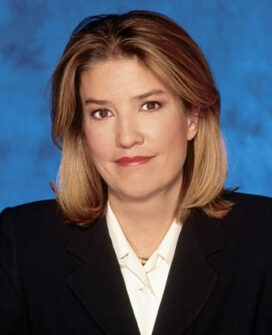 Greta Van Susteren grew up in Wisconsin and graduated from the University of Wisconsin in 1976. She earned her law degree from Georgetown University Law Center in 1979 and later taught there as an adjunct professor while also working as a trial attorney in both civil and criminal cases.

Greta Van Susteren became an on-air legal analyst in 1991 for Ted Turner‘s Cable News Network, where millions of Americans got to know her during O. J. Simpson‘s 1994 murder trial. That gig led to co-host jobs on Burden of Proof and The Point, and Van Susteren became hot property in TV news, igniting a 2002 bidding war between CNN and Fox News.

Van Susteren left CNN that year despite the promise of more money and went to work for Fox as host of her own show, On The Record with Greta Van Susteren. The show ran for 14 years until 2016, when Van Susteren left Fox News after Roger Ailes resigned as head of the network after being accused of sexual harassment; Van Susteren had a contract clause allowing her to end her contract if Ailes departed. She released a statement which read, in part, “Fox has not felt like home to me for a few years and I took advantage of the clause in my contract which allows me to leave now.”

Greta Van Sustern’s 2002 career move came on the heels of a flurry of cable news talent changes, including those of Paula Zahn (she jumped from FoxNews to CNN) and Geraldo Rivera (he went from NBC to FoxNews). When Van Susteren revealed that she had undergone blepharoplasty (an “eyelift”), she became the subject of headline news and gossip columns… Greta Van Susteren’s 2003 book was titled My Turn at the Bully Pulpit… She has stated that Senator Joe McCarthy, a friend of her father’s, died when she was “2 years and 10 months” old, confirming her birth year as 1954.

Something in Common with Greta Van Susteren